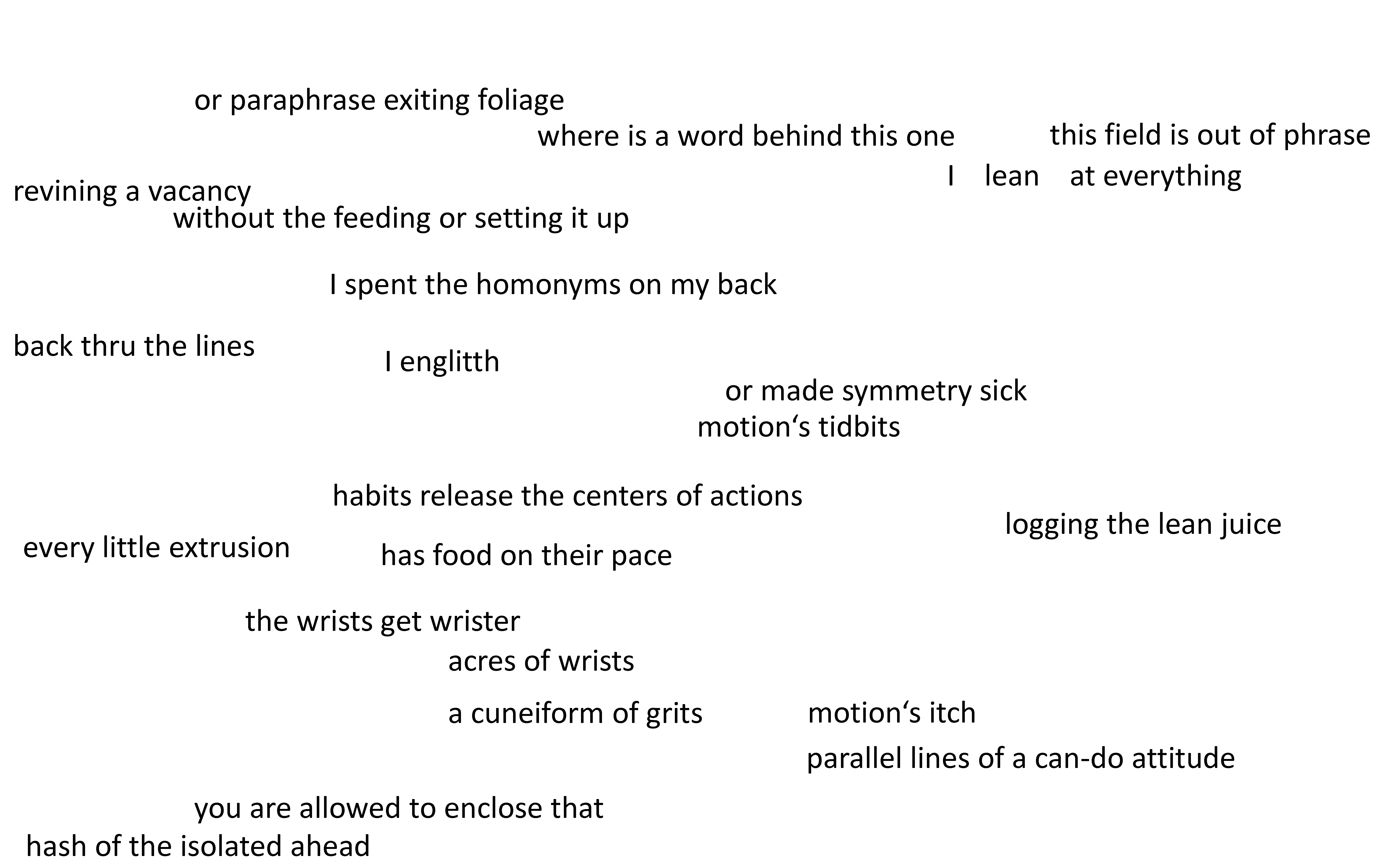 Found text annotations to Millet’s The Gleaners from James Sanders, Self Portrait in Plants, Coconut Books 2015 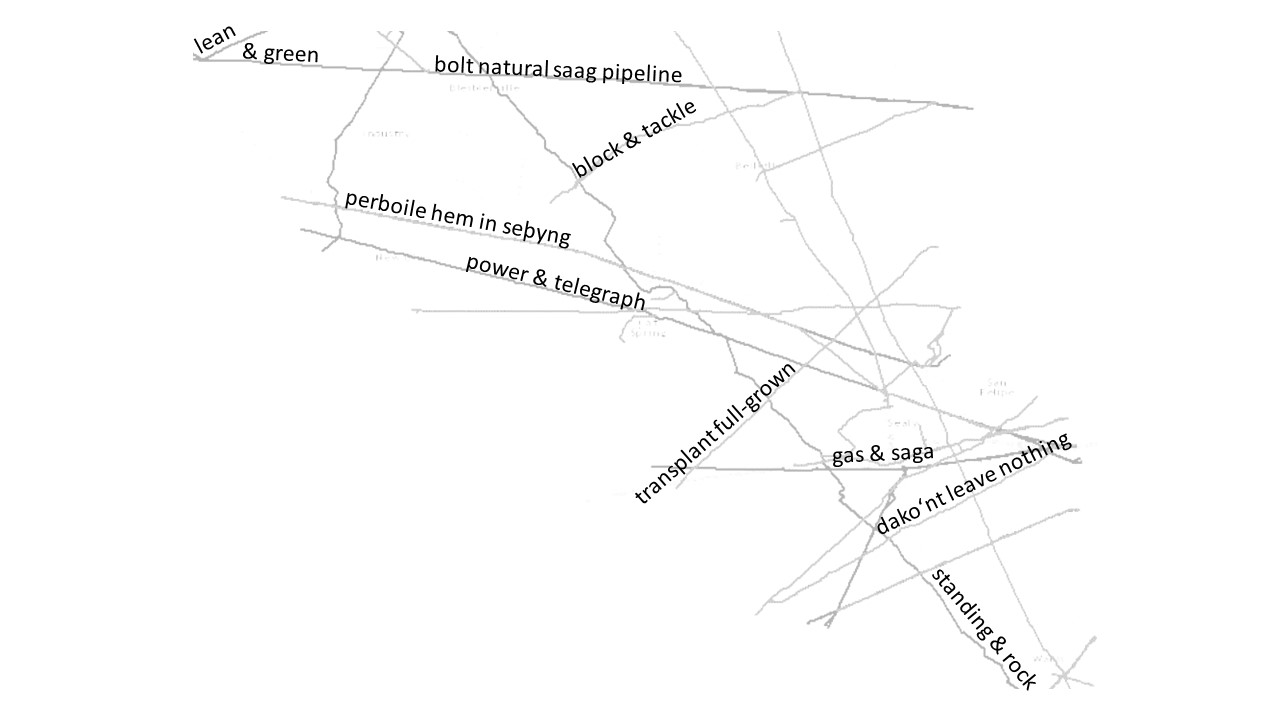 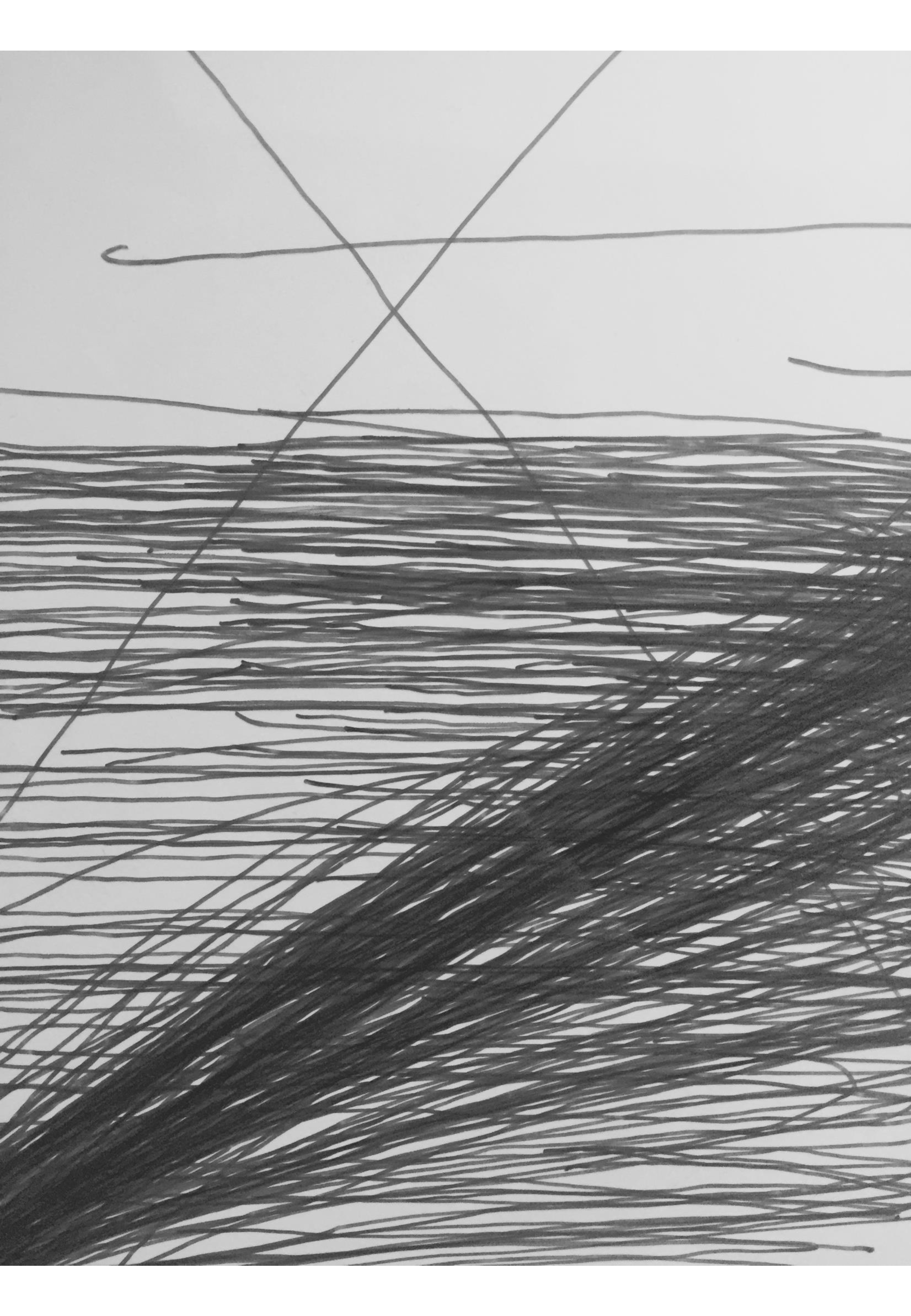 “Gleanologics” gathers the rulings out from DuPont chemist George Levitt’s notebook documenting the synthesis of the first commercial sulfonylurea compounds, which would be trademarked and marketed worldwide as Glean Cereal Herbicide.

Levitt later reflected on his discovery, “When I was a boy in Newburgh, New York, I looked forward to mornings when I would awaken to see the ground covered with a new snowfall. I would rush out to be the first person to leave footprints in the yard outside my window. As a synthesis chemist making new compounds, I could continue to be the first to leave footprints in the snow”.

The composite of Levitt’s marks here suggest a figure leaning in field space as precariously as George Seurat’s late 19th-century drawing “The Gleaner”.

“GLEAN® XP is a dry-flowable”, reads a recent user manual for the herbicide, “continuous agitation is required to keep GLEAN® XP in suspension”.