These are all from a sequence of poems about Ada Lovelace, the mathematician who worked with Charles Babbage on the Analytic Engine, which led directly to the modern computer.  Part of her life was spent on the Somerset coast near Porlock, an area subject to landslips, which are increasing due to global warming.

The poems combine elements of Ada’s life and the landscape, visual poetics and geological studies.  The landslip poems use a simple algorithm in which one line of verse is divided or undercut by another.  “Typography of terra infirma” is based on a geological study and plan of the landslipped coast which morphs into the female body. 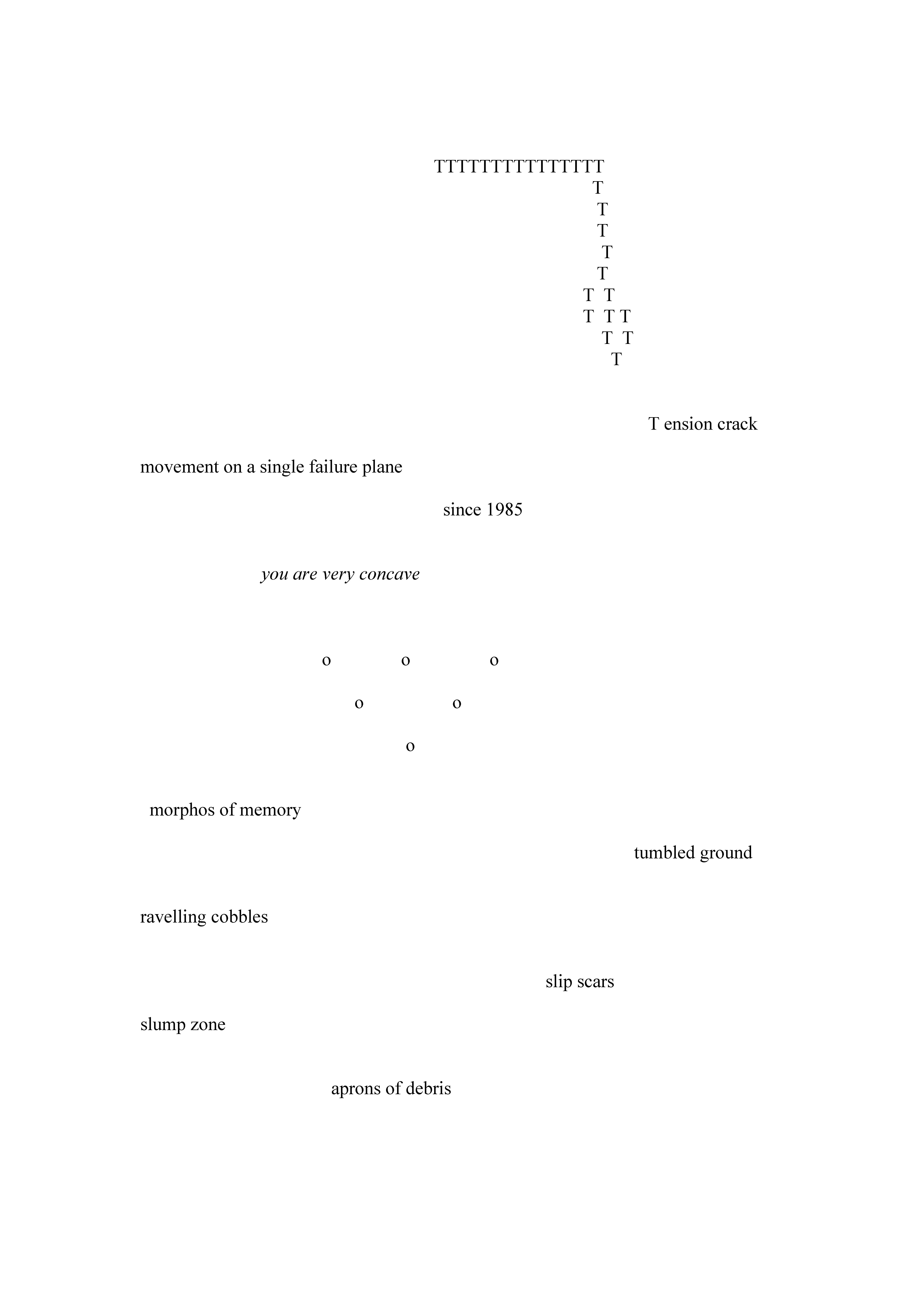 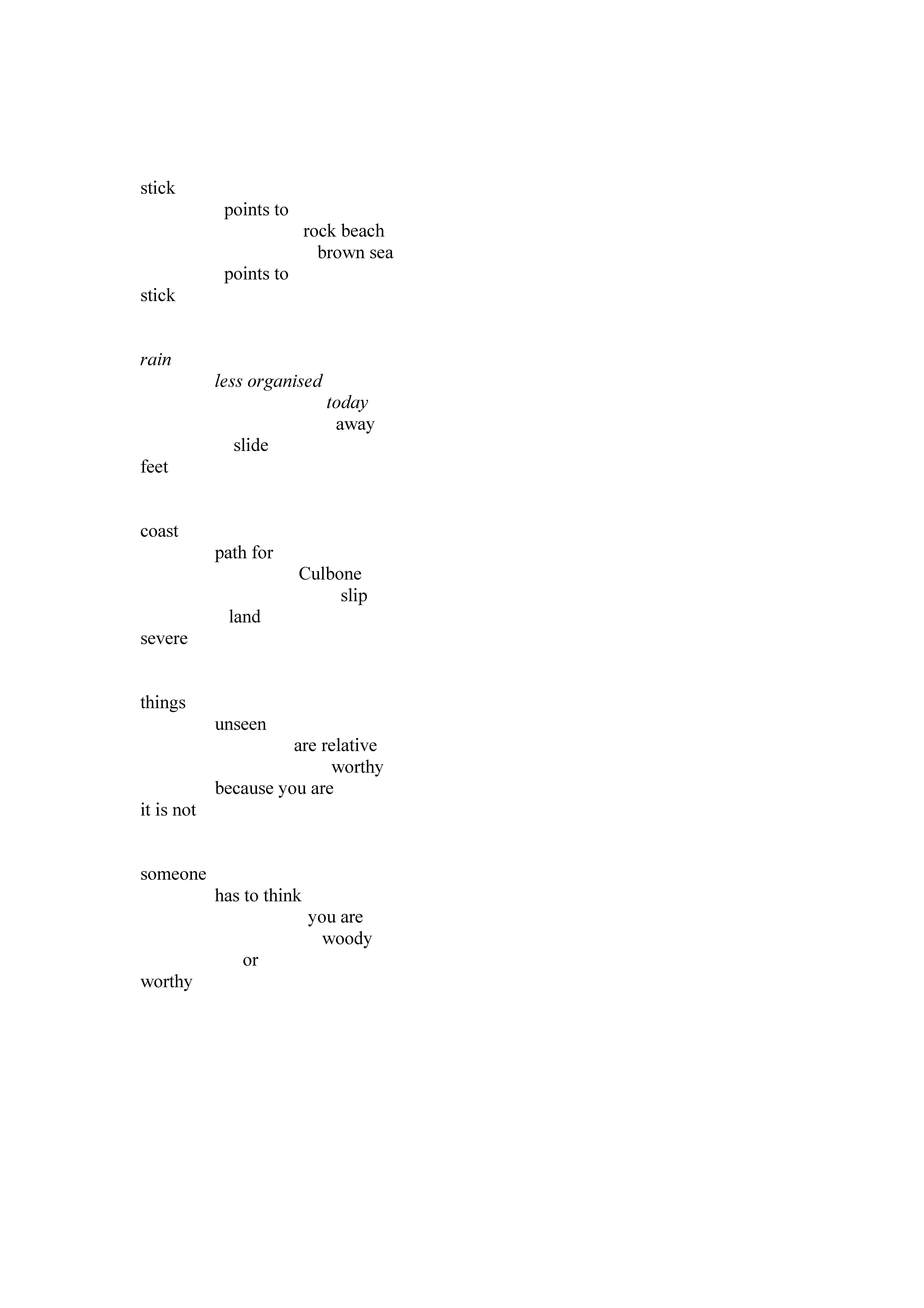 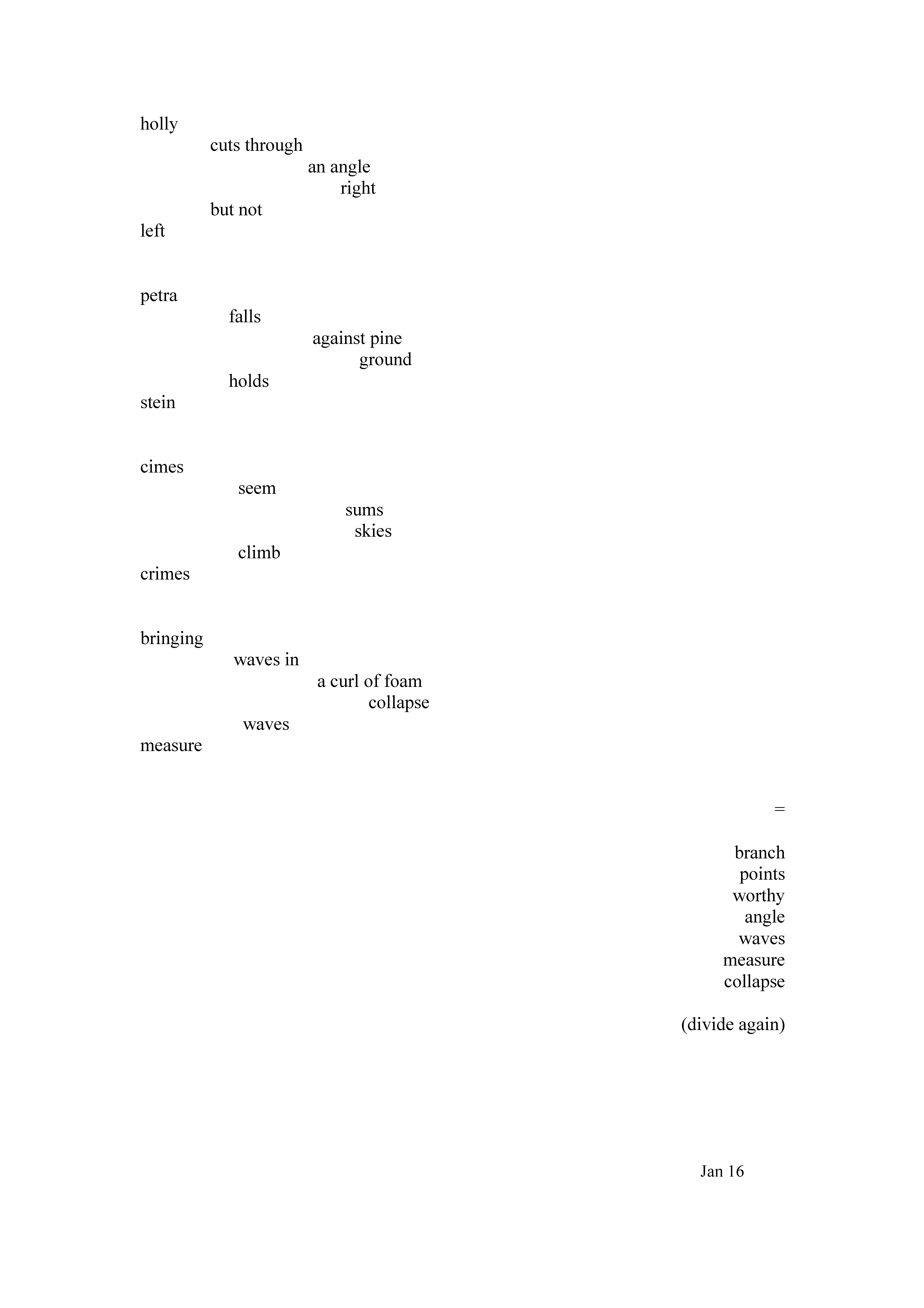 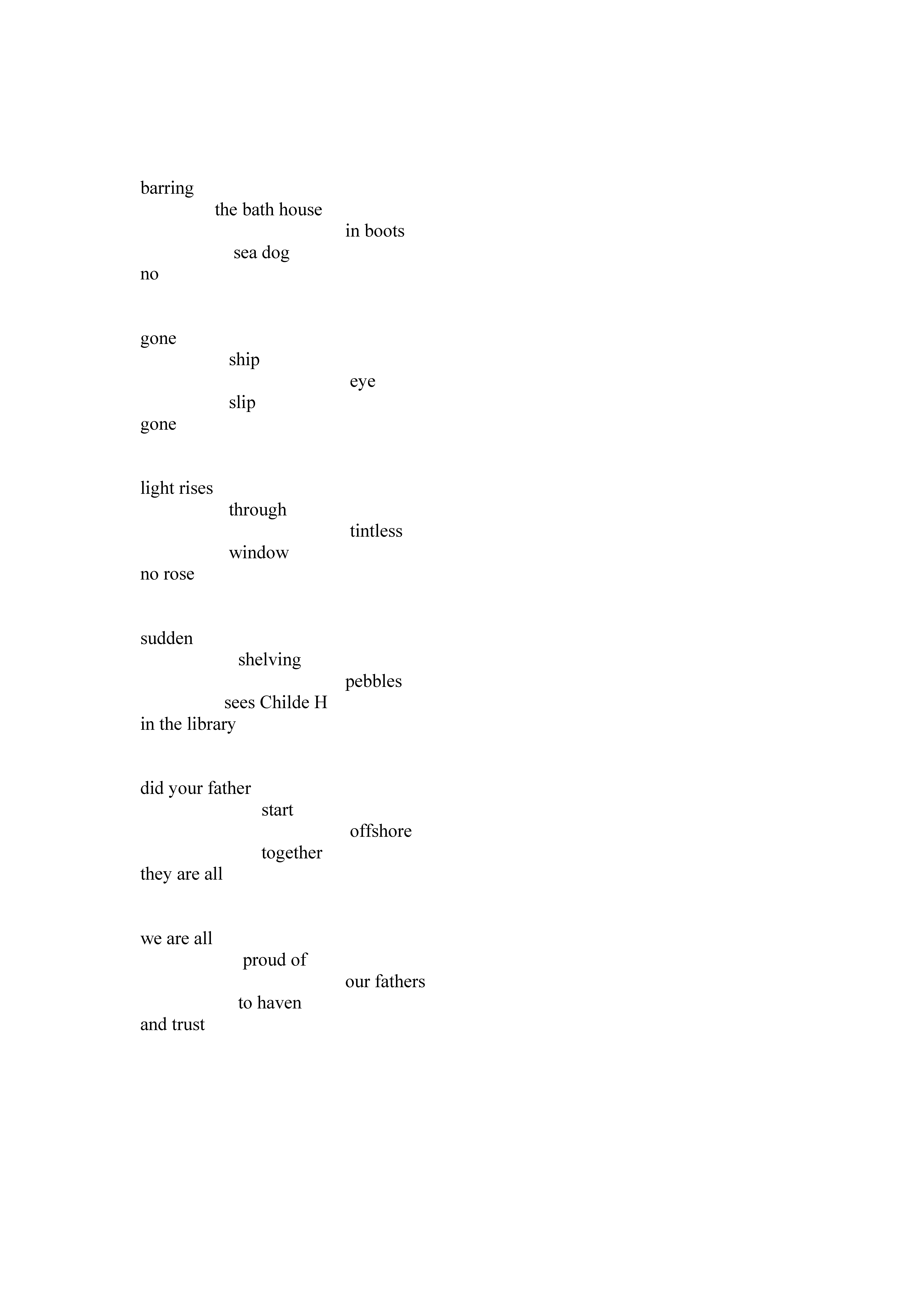 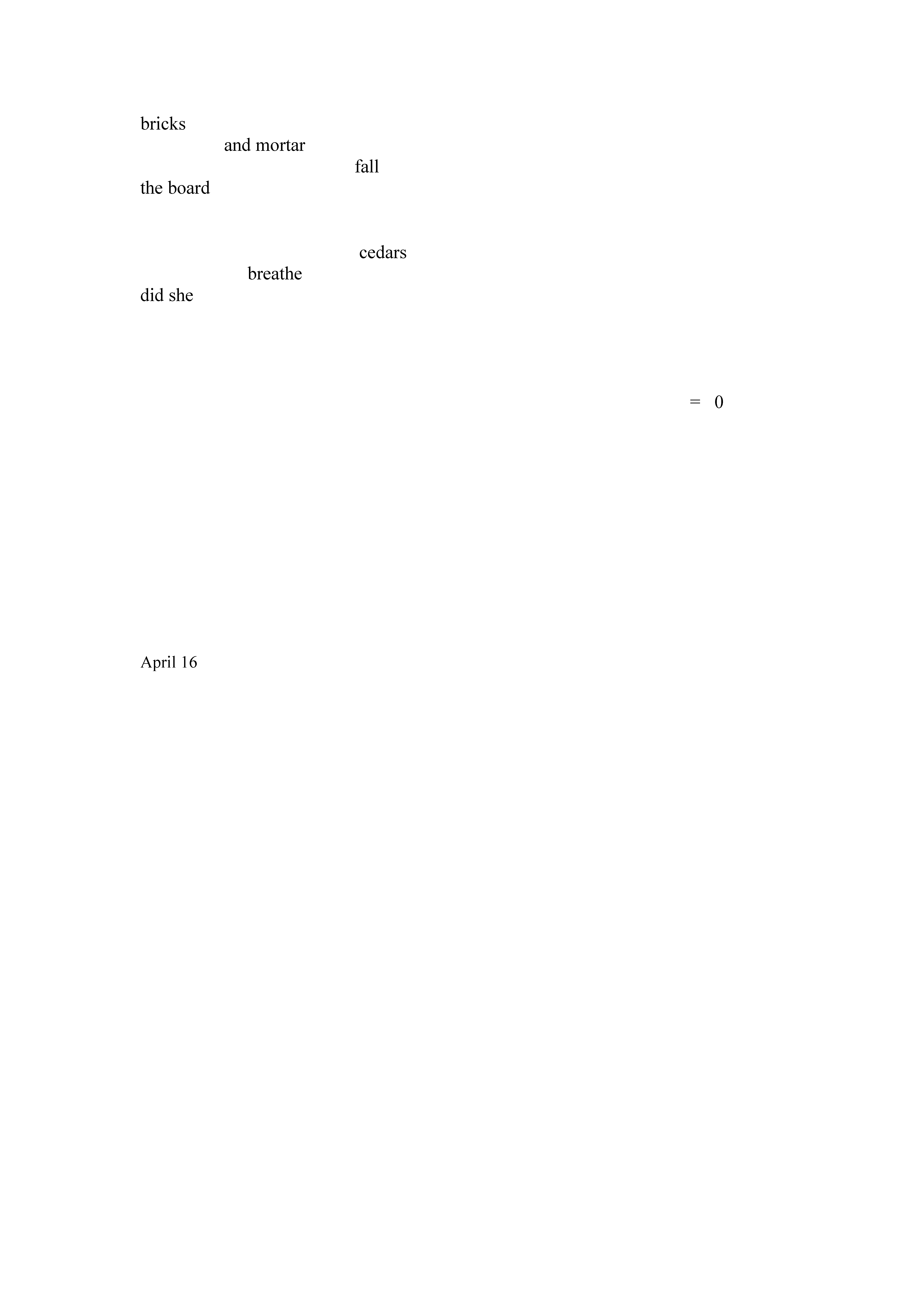