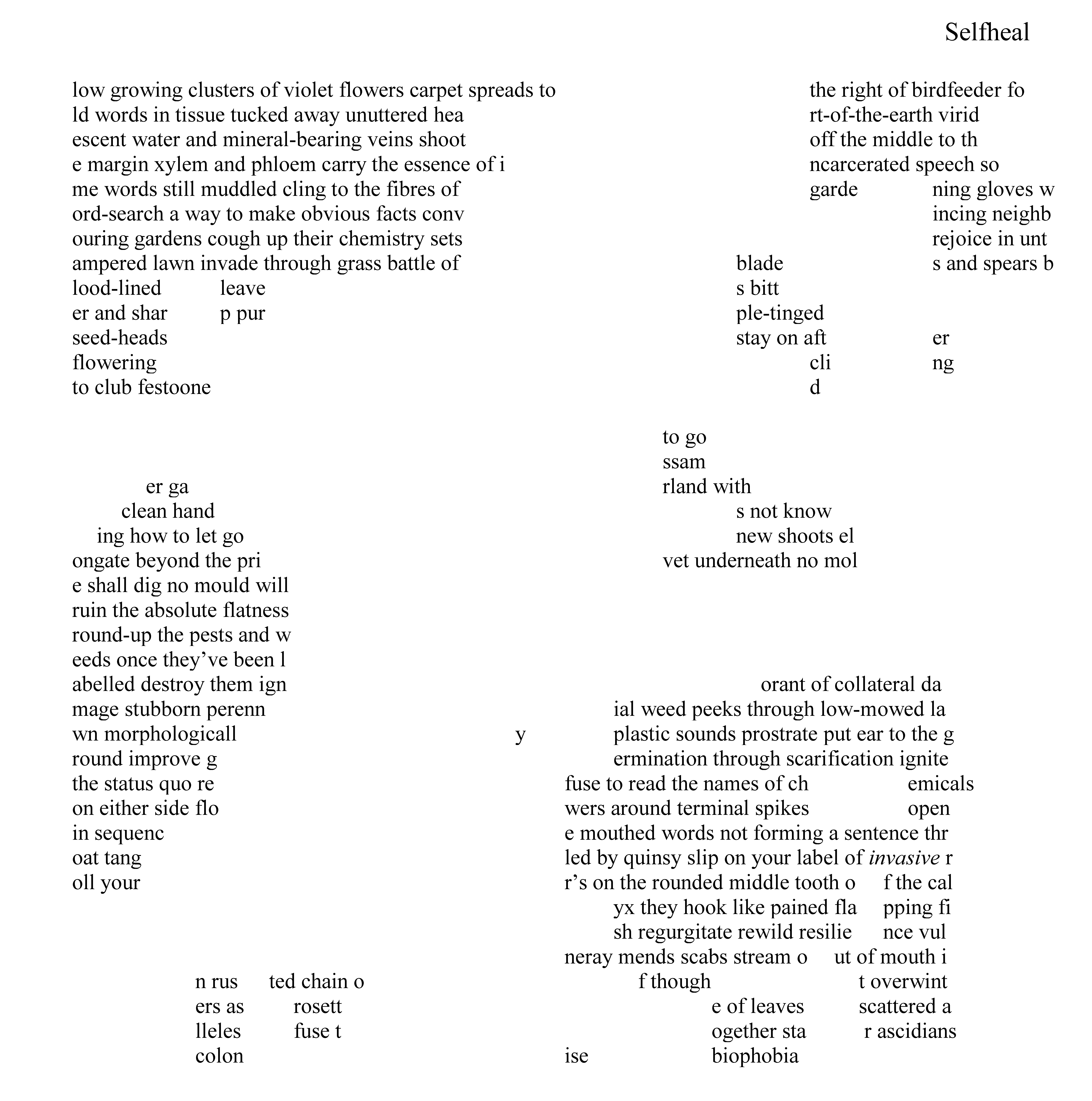 Stages and rationale of Selfheal

The layout of the text corresponds to the distribution of selfheal, Prunella vulgaris in a quadrat count in my back garden in Sheffield. Most gardens in this city are still laid to lawn, despite it not being the most effective way to encourage wildlife. Selfheal can be a common sight amongst the grass blades, particularly on low-mowed lawns, where it can form carpets.

I conducted a quadrat count in a random section in my garden (0.5 x 0.5m) of the selfheal plant population with particular emphasis on the pattern within each of the squares in the quadrat. Due to the compact nature of the carpet, the basal rosettes were included in the pattern recordings. The data collected was added to a digital table, and after several stages the text was added to the cells to match the distribution of selfheal to the letter in the area surveyed.

Prunella vulgaris can be considered an invasive species despite its qualities, both aspects being explored in my poem. The riddle of reading the broken-up text mirrors the process of the quadrat count, during which particular attention was paid to the placement of individual specimens in order to establish the pattern with the greatest accuracy. 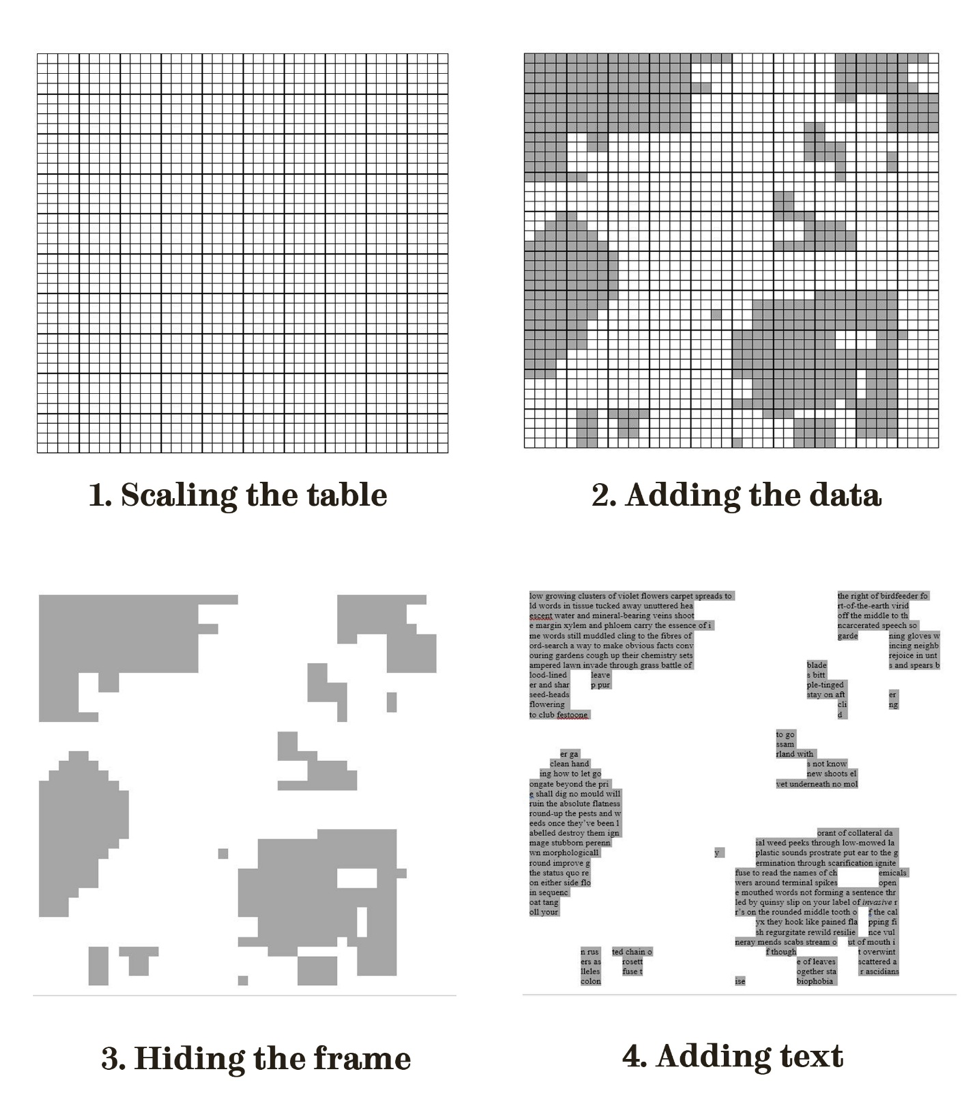