Not thought as evolved complexity or psychic definition as philosophical splendour but the reality of both not only as our inner climate, but as our devolved inner climate as well. This is what I will call a coalescing eclipse pattern. Our circumstance seems as more analogous to one of a devolved hull roaming an unsustainable random field. A roaming not seeing the future via higher quality but more as a transactional response protracted across a psycho-physical heliopause. This experience circumstantially scaled to a superimposed evolutionary debacle in the midst having protracted colloquy with itself. This being a psychic climate that remains bewildered by psycho-physical dust that staggers not unlike water that stagnates without motion or light condensed by a negated inner Sun. Not the rhetoric from feral mystical dust but concern from an inner climate capable of environmental transmutation via a living psycho-physical plane. A circumstance evolved over and beyond analogy to feral biblical plagues. Our devastated lands presently subject to the arson from dry lightning and other spiralling debacles. In spite of present success concerning measured planes within sub-nanometre ranges the overwhelming trend seems pointed to an opposite experience of an uninhabitable human terrain. Not only are we overwhelmed by contemporary temperatures and storms but by the obstructive detritus that the present civilization has wrought as it hails from the future. The author Peter Van Wyck* understands that a language of warning must extend beyond our present parameter and into deep time. An extension that will somehow avoid a circumstantial calamity as it protracts beyond the signals of our collective lingual capability. The latter circumstance equates in my mind with what I understand to be a blind and dangerous future that remains contiguous to our inhabited present by tentative clarity maimed, only enabled to weakly focus within the pending logic of our quotidian time scale. A scale hampered by inherent lingual blindness when expected to inhabit what amounts to an unknown grammar that attempts to occupy a lingual posture that hails from the absurdity of deep time. This apocalyptic grammar continues to insinuate a posture that overwhelms our current living scale concerned with values that derive from short term understanding. This latter understanding with its penchant destructive short-term grammar that aligns itself with a kind of present technical strabismus. A strabismus that enables wilfully deluded research only capable of looking into present danger as a retroactive  former stability the latter being a wary re-enactment of the past. Yet for the most this understanding inhabits a negatively charged global vicinity symbolized by the fires that have come to combust within diverse domains such as Australia, California, the Congo and Brazil. One would have to say that these fires remain as foreboding precursors of the future. 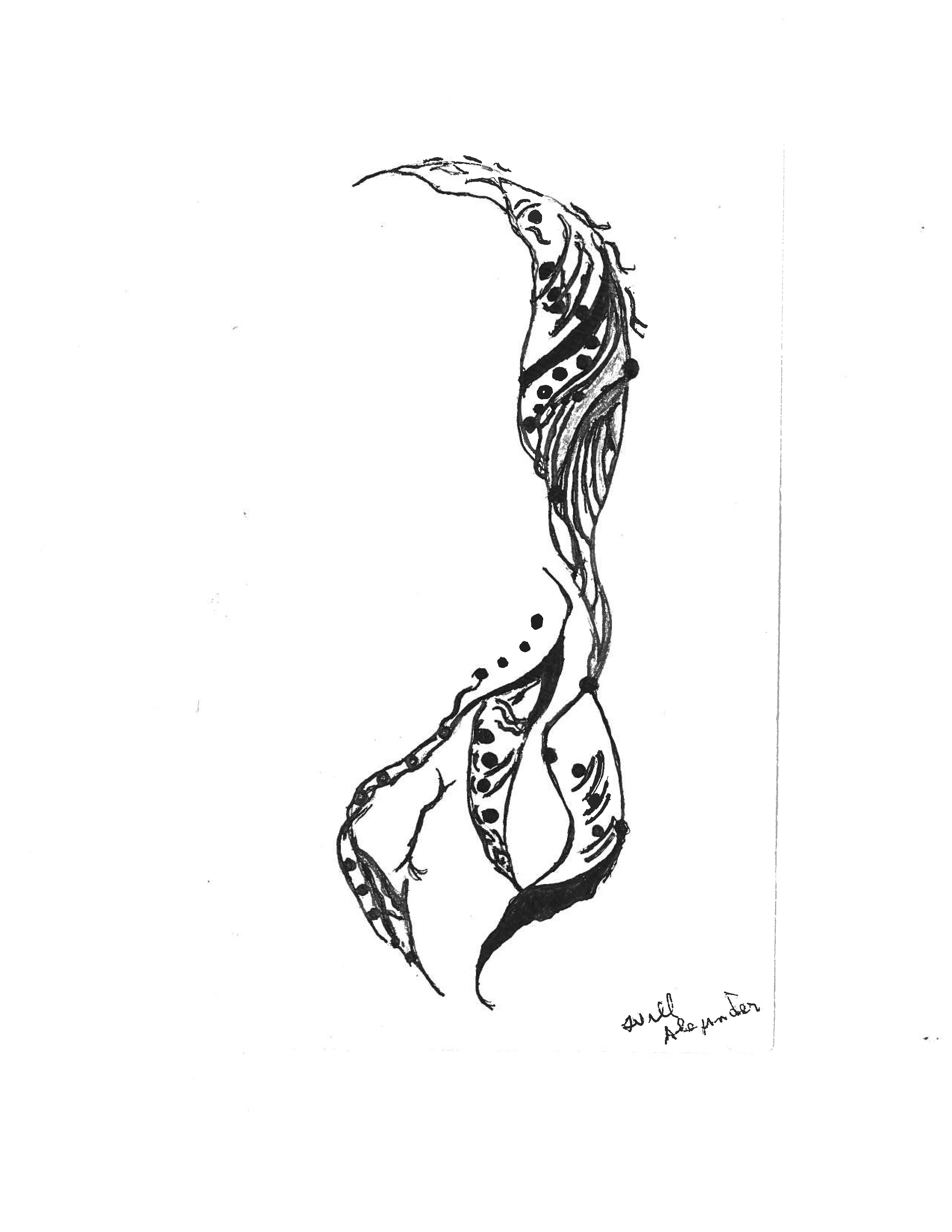 Let us take a look at the protracted condition of our current configuration via our devastated flora and fauna. At present I do not want to remain immured in demotic lists for those who remain convinced by nothing other than rational enumeration. Yet in spite of such lists the detail emerges of an Australian rodent, the Bramble Cay melomys* that was formally “declared extinct” in the year 2019. “Nearby, more coral reefs were damaged and bleached by warming seas while growing acidity made it harder for mussels, clams, urchins, and other creatures to build strong shells.” The Audubon Society has declared “that changing climate is threatening two-thirds of our bird species . . .” What the great poetic thinker George Ivanovich Gurdjieff* once foretold (and I’ll paraphrase) is that one extinction tends to inscribe another. Within his foretelling he did not exclude the human race thus marking a loss that will supersede all prior debacle. As we remain prey to these prescient signals I remain fixated on the staggering fires that presently consume parts of Australia, California, the Congo and Brazil. They remain as symbols of our protracted habitat being loss that ranges across water, land and air. The key words here amount to protracted habitat loss that these fires live as signals that negatively deploy themselves as a grammar of foreboding. Because our present grammar portends this avalanche of consumption it remains predicated upon form as self-absence. Because I remain alive at this juncture punctuated by signals from self-absence they paraphrase warning dire unmitigated warnings not unlike signals sent that provoke the eyes of charging bull. First off these major replicate incidents are not anomalies they scatter the globe. These fires remain analogous signals for the human mind submerged as it is within dubious planetary terrain. As the headlines flare with an apocalyptic subtext we continue to be consumed by dire loss of acreage. But no less significant is planetary lensing that remains less riveted and focused upon distraction. If one remains concentrated upon this fiery narrative one may conclude that the Earth has devolved to image of a shattered sailboat on fire. A sailboat presently distracted by, say, looking for alien water on Ganymede.*

Now that generations have been sired via distracted focus centred on say delimited household trinkets a curious Roman demeanour seems to cloud our current climatological fray that seems to prevail. The latter remains not only a biased but a dangerous mal-focus as all around us bodies dissolve, as we remain blindly kindled by immediate pleasures at hand. The assumption of such a mindset seems to project Earth as a burning hull as we successfully terraform other living habitats such as Ceres or Mars with attendant American creature laden comforts. This being a goal that remains transaction as blur unable to receive succour from our given elements. For instance, the mean Martian temperature remains at minus 81 degrees and for the most part is psycho-physically daunting. Under present circumstance it provides no circumstantial relief for damaging human habitation in spite of such positive speculative projection. Such thought possesses a mind replete with co-operative negation. This thought seems now to infect collective neurology on a planetary scale thereby negating a shift into higher psycho-physical experience where humanity as we’ve known it can begin to shift beyond its phase of embrangled self-heresy. This is no longer the world of the painter Titian or even Arthur Rimbaud with its nano-technical prowess and attendant attempts at opening a possible shift into other galactic dimensions. Even with the speculation surrounding Harvard astronomer Avi Loeb* concerning alien intelligence that seems to consume the cosmic interloper Oumuamua* we remain bound to a plummeting planetary scale that has now begun to open the void inside us. As this speculation increases we seem to shift into a form of curious disintegration. Via this nascent disintegration there is a feeling of collective strabismus about us. All our notions seem blurred, all stability now wavers, even as failing coral beds demand our search for answers. The “controversial” American scientist Guy McPherson* seems more and more convinced as he speculates concerning the end of the human experiment. One can post as general example figures concerning the failures of flowers and insects and glaciers. So as fauna begin to curiously rumble with disappearance humans should begin to speculate about our collective trace within the fossil records. Our unprecedented liminality need be a scale of suggestion that daunts all reason that puts us on a precipice not unlike demonically infected Gadera swine famously enshrined within biblical exposition. As we wander across our current cacophonous expanse it seems that the facts and figures are curiously conjunct with a quickly gathering darkness, with a cosmos that casts no urgency according to facts that litter our minds via the symbols of evidence that seep from human mental registration. Perhaps this diagnostic tremor signals an ignited mean, a seminal yet inevitable experience that scales itself according to entry into a stark totalic window as evidence.

Let me return to a plinth of threats that encompass the natural kingdom. To paraphrase our present condition the gist of the current moment has researchers examining “the impact of climate change on nearly 80,000 plant and animal species in 35 of the world’s most diverse and naturally wildlife-rich areas.” Within this scenario “southwest Australia could face local extinction by the turn of the century due to climate change . . .”

This indeed is not an abstract liminality where the body can be sustained by simple clinical exhibit that extends to the heavens of Ganymede or Enceladus.* The latter existing as non-liveable options. Within our current context our human experiment seems to be marking time having for the most part on the surface seem to run its course. It remains not unlike a toxic owl signalling its own self-definition. Not necessarily an ending but a transition to unknown psycho-physical states that cannot at present sustain this new ventriloquial arrangement given that this less visible reflex remains neurologically subordinated by our current neural legislation. We indeed remain a species currently incapable of transmuted impact imprisoned as we are from habitual abandonment of the deeper states within ourselves.