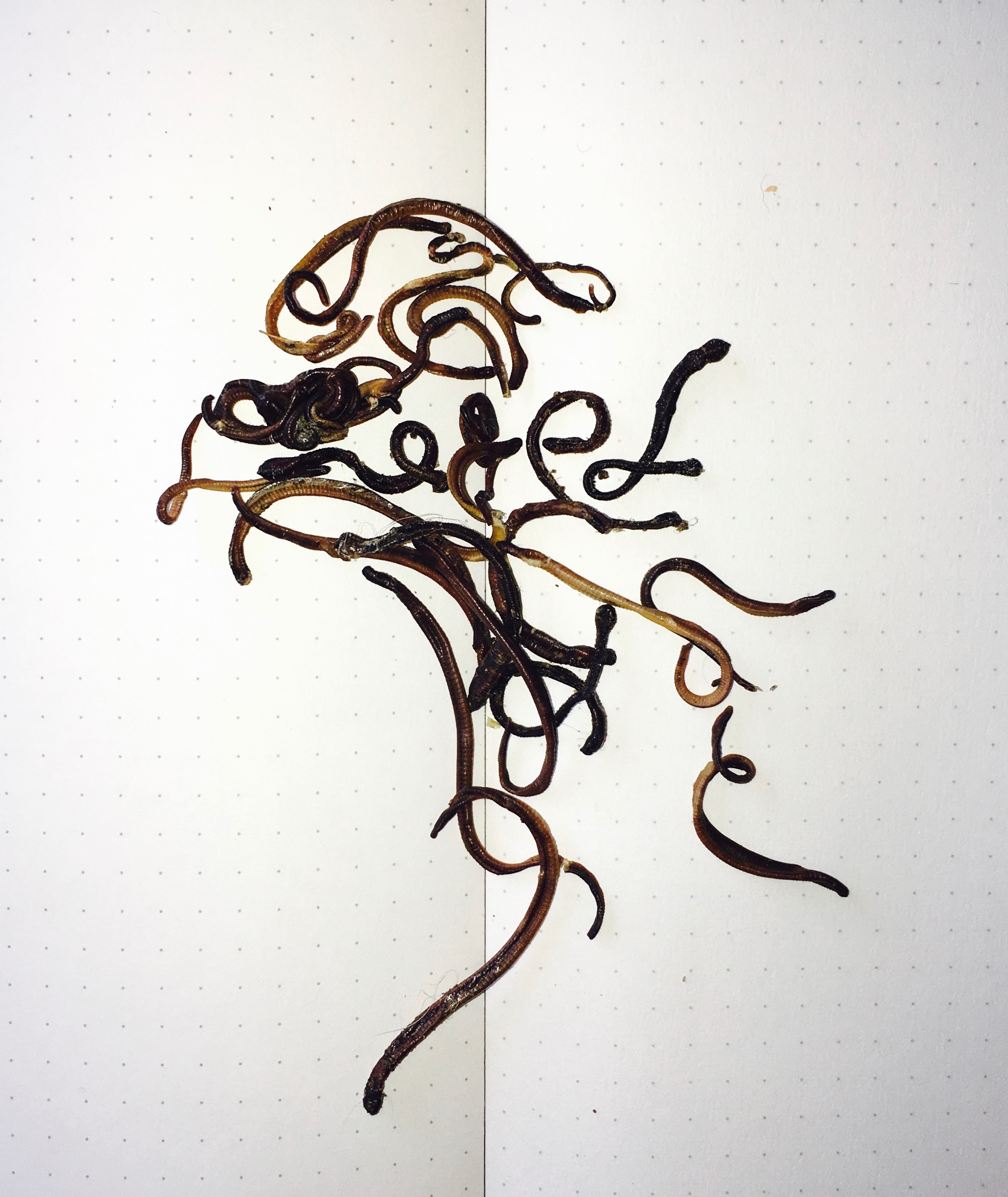 I solved the problem of composting during the cold seasons by maintaining an indoor worm bin all year long. They, my breeders digest, live in the living room among a stand of ferns and various other houseplants. One gigabyte, gaggle, murder or bin of. Been since Genesis. At least.

They run for cover, dash into corners as if shocked. Light. Light. Light! As a penetrating bullet when I come to change their bedding, diaper of newspaper, and organic matter. They leap from their tiers like Olympic divers. Plop on the floor then scoop across the floor: like babies . . . A way from mother’s looming shadow. They become getaway car and driver. Red Wigglers. Unlike European Night Crawlers who are “strong enough to break the earth. No frigid waters or heat [or even distant continents]” are ever enough to keep them from get’n on or get’n it on. As I learned from friend and fellow greenie, Maurice Smalls, a giant of love for natural processes, vermicomposting, food security and all things nourishing for the earth: “All they do is eat, have sex all day and poop.”

I am reminded. A memory lesson. Faded version. From grade school days. Enough recall for my purposes here:

Even though worms may destroy my body; yet in my flesh shall I see God whom I shall behold and not another . . .

Something of this tone or spell I could easily “google” ( a way of worming, oogling through digital holes) but don’t bother. It is. A memory. Lesson. So let the break in such fabric, momentum of time. Be. Sufficient. As

One dash at a time they race me (or my shadow), tickle me trying to escape between my fingers, or out of the strainer I use to keep them from drowning in their own urine. Poop poop poop . . . They are always in an uprising. Some even take a knee. I’m surprised some enterprising rump of a human hasn’t raced to exploit them, put up a finish line and make them race across it and against each other. For applau$e. Or run them out of the White House lawn. Because they brown, black or red.

The meek shall inherit the Earth, have the last word, the counsel of living and dying language

guns. the skin of the world

I take counsel from humble origins, “theirs”

below the surface, or on