Once upon a time I found the ruins of an old house on a hill above the farm. It wasn’t far, just a walk off the verandah and over the fence, through the first horse paddock, down toward the dam through the small stand of tall slim scribbly gums and turpentines, along the well-trodden path around the bee-hives, the usual whiff of honey, moist eucalyptus and cool damp grass, then on further down toward the seasonal creek, through a thicket of acacia to the sighing casuarina forest by the water hole, a still, out-of-sight place of half-concealed verdure under the she-oaks, a cool soft lawn of green grass and she-oak needles running along the dry creek bed. 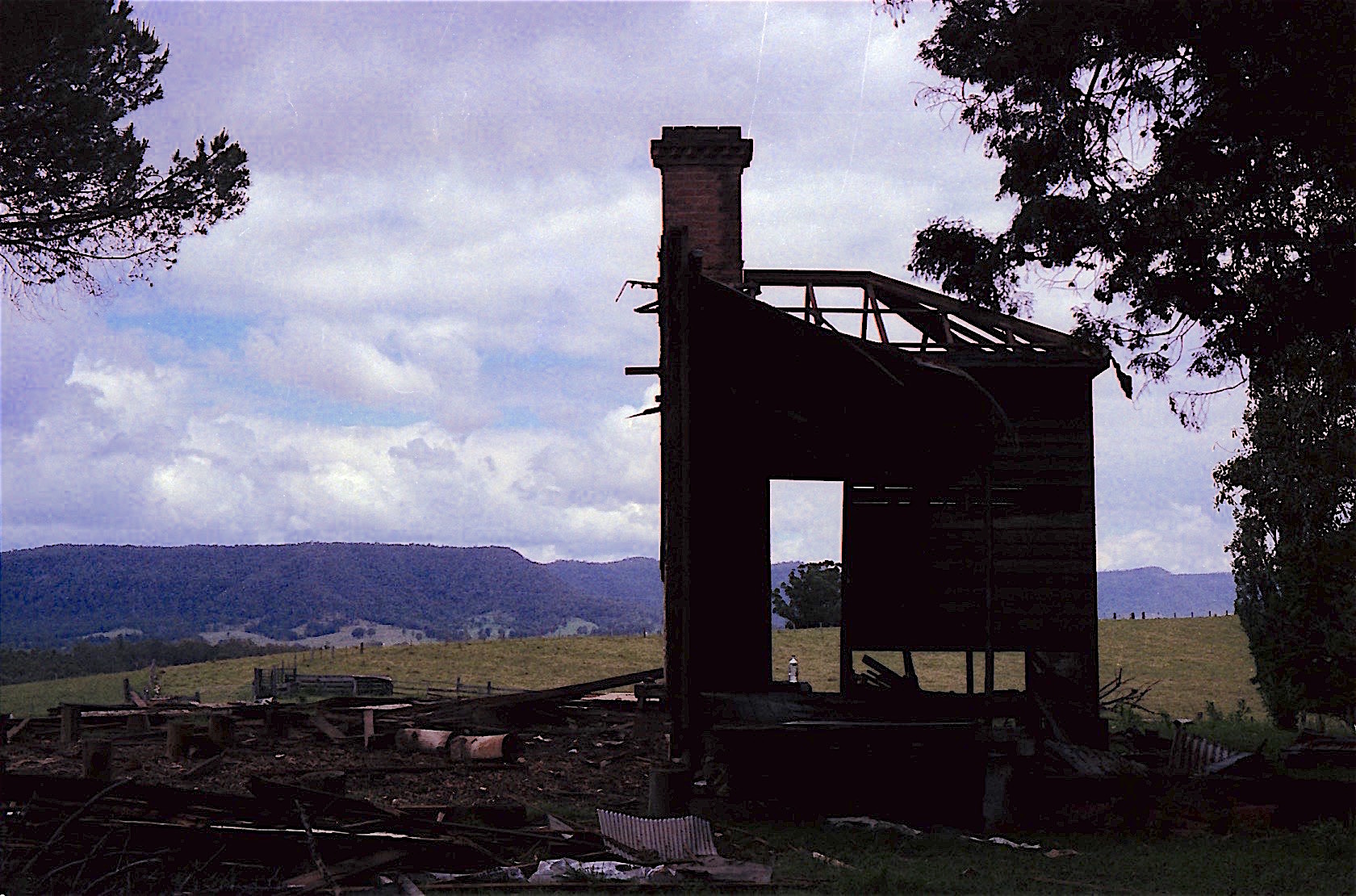 I went quietly, deeper along the gully, then went over another fence, past blackberries and rabbit holes and finally up a gently rising track that followed an old white mahogany post and wire fence to the hilltop. There, a wire gate, too broken to open. On the ridge just above, the old house was broken too, its fractured shell hanging onto the hillside like a blasted ship, parts of the bow still standing under shattered Monterey pines. I climbed over the fence and walked along the hint of a path through the grass, up to the ruins.

The house had been pulled apart from top to bottom, the thick, roughly hewn eucalyptus piers left in rows like burial stones amidst the debris of the destruction, a blown about cairn of broken, termite-plagued beams and floorboards, broken bricks and glass, tattered corrugated iron and crumbling sheets of asbestos, tangled wire and plumbing, torn sheets of lino and newspaper cladding in shreds through rotten boards. Two thick piers lay on their sides like old canons. Someone had once started to pull them all out, but the effort to tug them from the earth clearly became too much, the project abandoned. Also 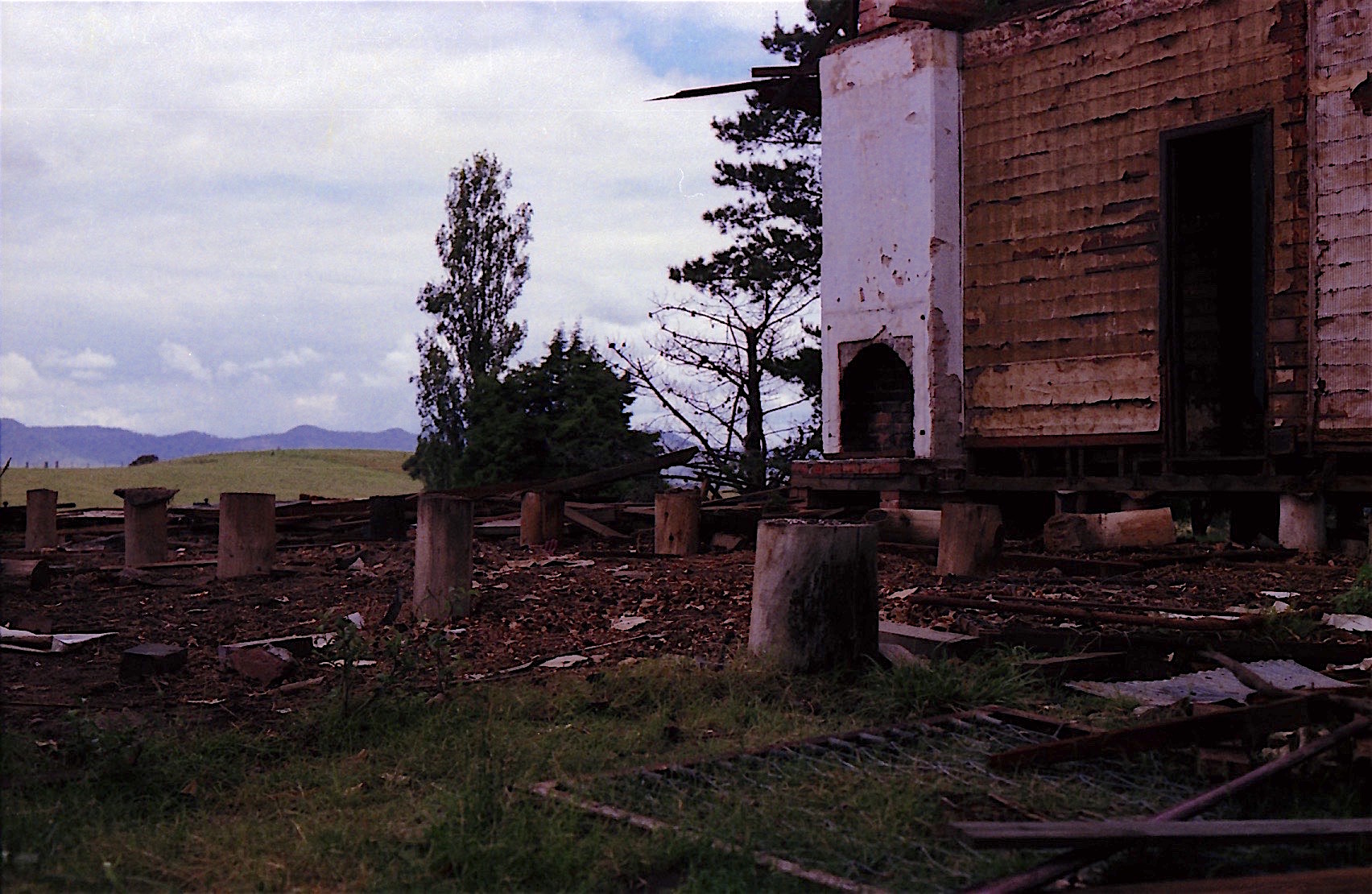 abandoned and saved from the destruction, an imposing, monumental wall and white fireplace. The hearth, forsaken in the field, but still standing against the wind and rain. Presumably it too would one day fall into the heap, but for now it stood like the ruins of life itself in a monument to decay.

I wandered about here for a while, exploring and photographing the wreckage. What has always stayed with me, along with a sense of late autumnal cold and dankness, is the feeling that I was witness to something deeply symbolic, that the ruined house atop the gently rolling hill was a metaphor for the deep cultural transformation that was emerging all around me. The slow decay of the remains of a lonely farmer’s house, its decline and disintegration, its decomposition and eventual, inevitable assimilation into the environment, appeared before me in a Dantean vision of a transformation of colonial culture, a ruinously fecund metamorphosis of its radical imposition into something new and unrecognisable. This feeling radiated from the rust and decay, the slowly disintegrating part 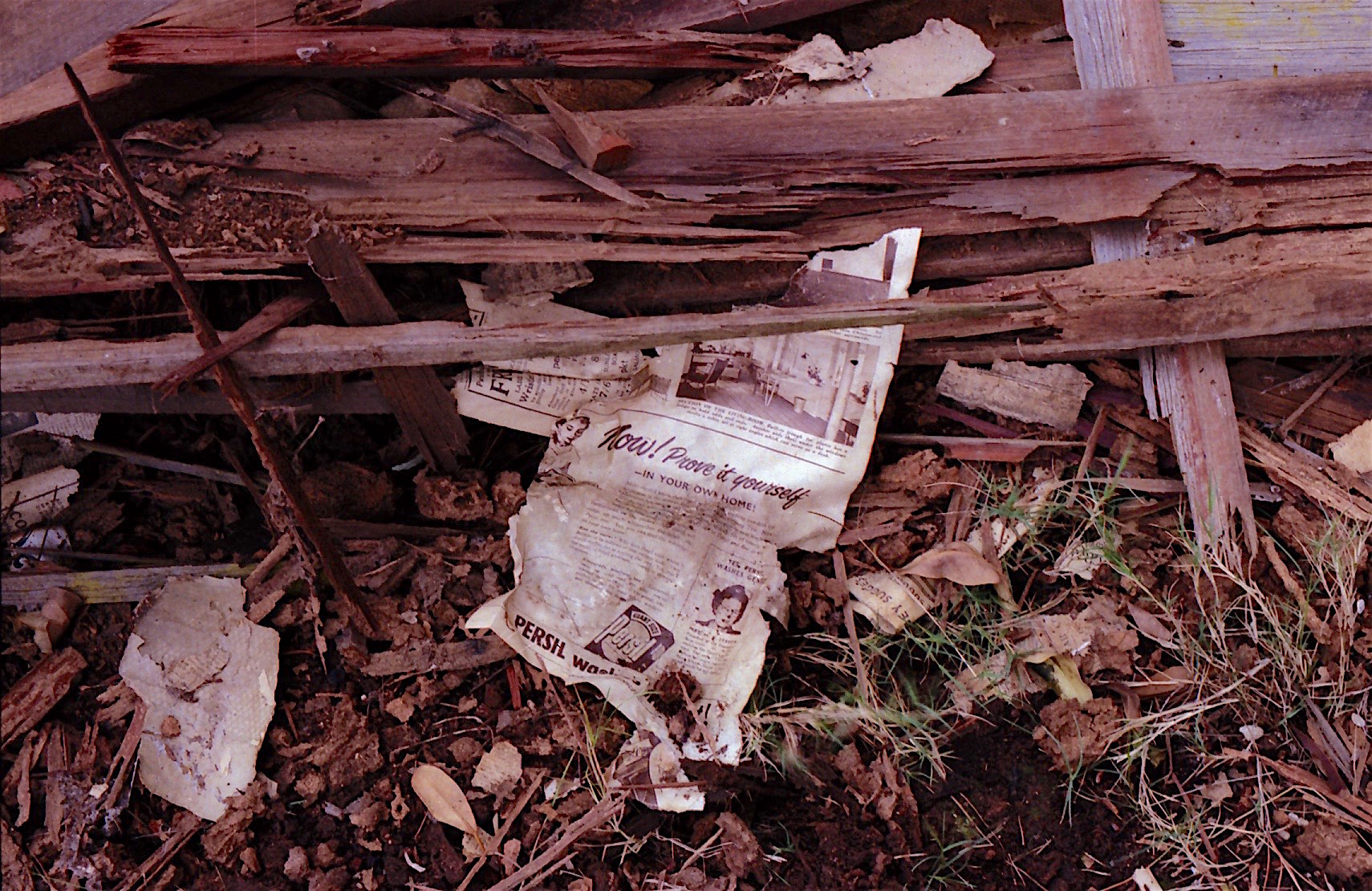 s of furniture lying around in  the grass, the old cans and bottles. A page from a newspaper caught my eye as it lifted and fell in the wind. Caught up in the splintered, termite-ridden boards, an advertisement from the late 1950s or early 1960s for Persil, a laundry detergent known around the globe, which ironically shouted “Now! Prove it yourself in your own home!” I thought immediately of the trope of whiteness and its widespread use in advertisements of this kind, their easy correlation of domestic, cultural and racial cleanliness. Here, amidst the fragments and leavings, the grass and mud, was a bell tolling through time. At a hinge between the twentieth century and the future, I intuited the possibility of a profound development in the nature and character of the meaning of Australia.

In this issue of Plumwood Mountain, “Decolonisation and Geopoethics”, I have curated a group of works that feel sympathetic to the vision of a decolonised Australia, a place where settler and Indigenous cultures have begun to find an existential common ground that is beyond postcolonial. What does it look like? Here, the question is contemplated solely by non-Indigenous writers. Decolonisation can be shared by everyone, not least the hegemony, for everyone needs to 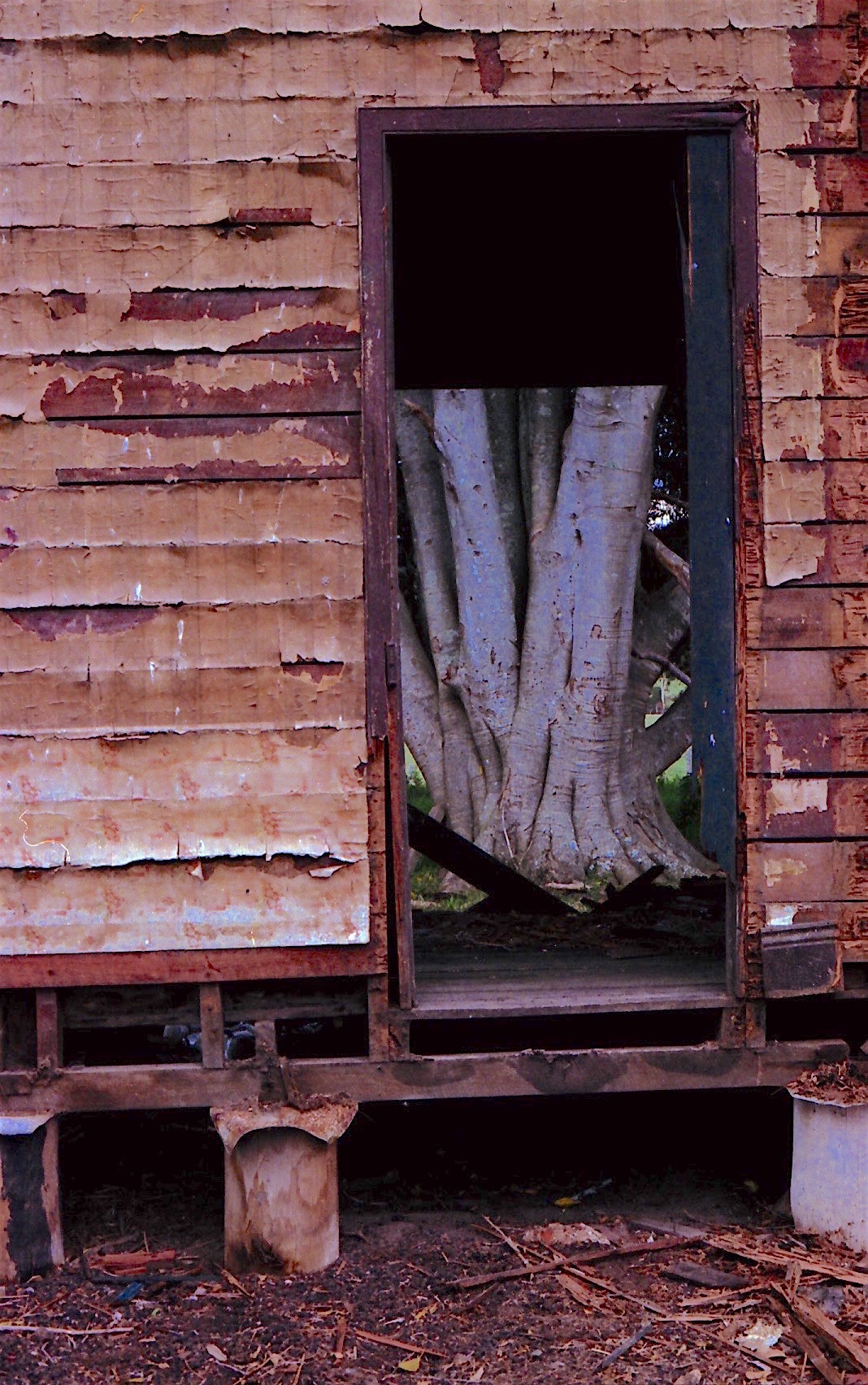 take responsibility for imagining their own unique kind of transformation. In poetry and poetics, we have to think about how non-Indigenous form, western form, romantic form, lyrical form, white form, have a responsibility to current and future cultural conditions. The poets in this issue have already confronted that responsibility, and make poetry that senses and ideates the textures and vectors of an emerging decolonised consciousness in non-Indigenous writing. The renewal is about both form and content—open field, avant-lyrical, polyvalent whole-fragments, two-way decentred recentring, and just good old plain speech. A shared poetics. The country gets involved, speaks through it all, while the imagination dilates to admit everything, from all across the continent, the Pacific, the Indian. The South, all the sunlight after the imperium.

That’s what’s most human about it, how the imagination flowers and grows from the debris, reaches out in new filigrees of testing and speaking and meeting to find niches in the compost, to grow something new from the old, as has always been the way.

The nature of a thing is its character. If a geopoethics is about how we understand and write the nature of nature, the character of habitus, a decolonised geopoethics does it with that something in mind.

I walked away from the ruins, with a few photos in my pocket, a swarm of ideas buzzing about my head like native bees.