My story is very common in this country. For generations my family worked to conceal our Aboriginal roots. Our darker complexions, I was told, harkened back to Spanish sailors shipwrecked near Scotland, or invading Moors. Our family tree had missing branches – whole generations without birth certificates. And I knew, of course. No family can keep a secret like that indefinitely. It seeps out in a thousand tiny ways –my Grandmother saying ‘Sit in the shade, dear, you don’t want to look like an Aborigine’ … When my mother developed a skin pigmentation disorder, uncommon in non-Indigenous people, I started looking for answers. The lie was only a few generations back, but it took me almost twenty years to uncover. My grandson will grow up knowing that we belong to the Bpangerang tribe from north-eastern Victoria.

In 2011, after a long and fruitless search for my Great Grandfather’s people, a group of old Warlpiri ladies took pity on me and took me under their wing. Every few months we would go out into the Tanami desert together, hunting, talking, visiting sacred ground. Over time they gradually demonstrated to me the sentience of landscape. White or black, they would tell me –Country is the same. In my writing and image making, I began exploring this idea of connection with Country. What kind of connection could be created between Country and a person with lost ancestry, or a white person, or someone born overseas? I wanted to discover what a shared language with country would look like.

This question drove me into the Northern Tanami and Great Sandy Deserts again and again – I go still now, sometimes with Warlpiri friends, sometimes alone.

Now, seven or eight years later, I am articulating this search in the form of an illustrated verse novel. Western culture is wounded and narcissistic. We elevate homo sapiens over all other life, but remain terrified of the natural world. Country is trying to talk to us all the time, but we have forgotten how to listen. Before storms the black cockatoos fly east, and termites reinforce their towers. That great maternal intelligence, Country, lies beneath the super highways and shopping malls of a species increasingly cut off from the natural world. And nowhere is this alienation more evident than in our culture’s aversion to death. We shed tears for a fallen rock star on instagram – but avert our eyes from a dead bird on the highway. Death has become for us an abstraction or a horror – a coffin, plastic flowers on a street sign. But the reality of death is not like that at all. Watching a bird decompose, you see how it changes, how it comes to resemble a skeleton leaf or branch. You witness how Country takes that body back into itself—the intelligence, the compassion of that act.

‘The Dingo’s Noctuary’ is a series of images and poems I am creating in collaboration with Country. Their materials are drawn from Country – literally, in the case of the lumachrome glass prints, which use cadavers, ochres, sticks, grass and light to honour the animals and birds killed on our roads. The poems, too, are deeply rooted in the idea of finding a shared language with the sentient landscape – not an inherited language, not something gained through a tribe or custodian, not something theorised in a university, but a genuine connection between an individual and the ground where they stand.

Judith Nangala Crispin is an artist and poet living near Lake George, New South Wales. Her visual arts practice is centred around lumachrome glass printing, a combination of lumen printing, chemigram and cliché verre techniques. Judith has published a collection of poetry, The Myrrh-Bearers (Sydney: Puncher & Wattmann, 2015), and a book of images and poems, The Lumen Seed (New York: Daylight Books, 2017). Her illustrated verse novel will be published with Daylight Books in 2020. You can see her images exhibited in 2019 at The Other Art Fair in Sydney, and at Maunsel Wicks Gallery from September 18.

Images and text: Copyright © Judith Nangala Crispin 2019. No download or reproduction without permission.

There is an ever more urgent preoccupation with complex and controversial environmental issues. How might we understand ideas of place in a time of accelerating environmental change? How could we work together to respond? Do artists and poets have anything to show us about the potential of collaboration?

Between 6th and 29th September 2017 SIA and Bank Street Arts, Sheffield, U.K. hosted In The Open: collaborative artworks around place, landscape and environment, an exhibition of work by over 60 artists from around the world curated by Judith Tucker and Harriet Tarlo. This photo essay reflects some of the work and energy of this show. This overlapped with the ASLE-UKI & Land2 Conference 2017: Cross Multi Inter Trans conference and included readings and performances in the gallery spaces.

All the work in this two-venue exhibition was made by at least two collaborators across a wide range of disciplines to explore ideas around place, ecology and environment. Some of the work was made by established collaborative pairs, for example: Thomas A Clark and Diane Howse, Kevin Greenfield and Inge Panneels, Andrea Thoma and Deborah Gardner, Judith Tucker and Harriet Tarlo. Other works in the exhibition resulted from the curators inviting expressions of interest from artists and poets eighteen months in advance and then acting as brokers and pairing people up. Dan Eltringham and David Walker Barker, Laura-Gray Street and Anne-Marie Creamer, Barbary Howey and Ann Fisher-Wirth, Rebecca Thomas and Elizabeth-Jane Burnett all made new work in this way.

The resulting exhibition included art and text in a wide variety of media and scale, including artists’ books, paintings, sculptures, photographs, installations and moving image. The artists had taken their points of departure from many locations: Los Angeles to Malta, from Ilkley Moor to the Mississippi Delta, from Langsett to Singapore. All kinds of fieldwork had taken place with artists and poets exploring meadows, fields, disused canals, deserted quarries, high cliffs, coasts, seas, parks, orchards, forests, bogs, street signs, city walls and industrial buildings. Their work took audiences on journeys along rivers from tiny streams to expansive deltas, from places as high as Snowdon to deep underground in an abandoned mine. Others conflate real and imagined places, working simultaneously with possible past, present and futures. The works reflect, resist and critique the long traditions and aesthetics of landscape art and writing, reinterpreting, in a contemporary idiom, notions of the romantic, picturesque and gothic. Others are more speculative and ruminate on wider issues of social and environmental change and offer possible future propositions. Whilst there was inevitably consideration of environmental degradation, as a whole the exhibition was not elegiac and the slow looking, the slow making, the slow writing and a deep concern with particularity of place seems to offer a sense of hopeful new/old ways of being in the world.

Click on the images below to see a larger image.

11. From Longdendale Lights to Shining Clough, words by Laura-Gray Street and moving image by Anne-Marie Creamer, 2017

Many thanks to Di Cousens for the photos from the Melbourne launch of hope for whole: poets speak up to Adani. You can download the free ebook here 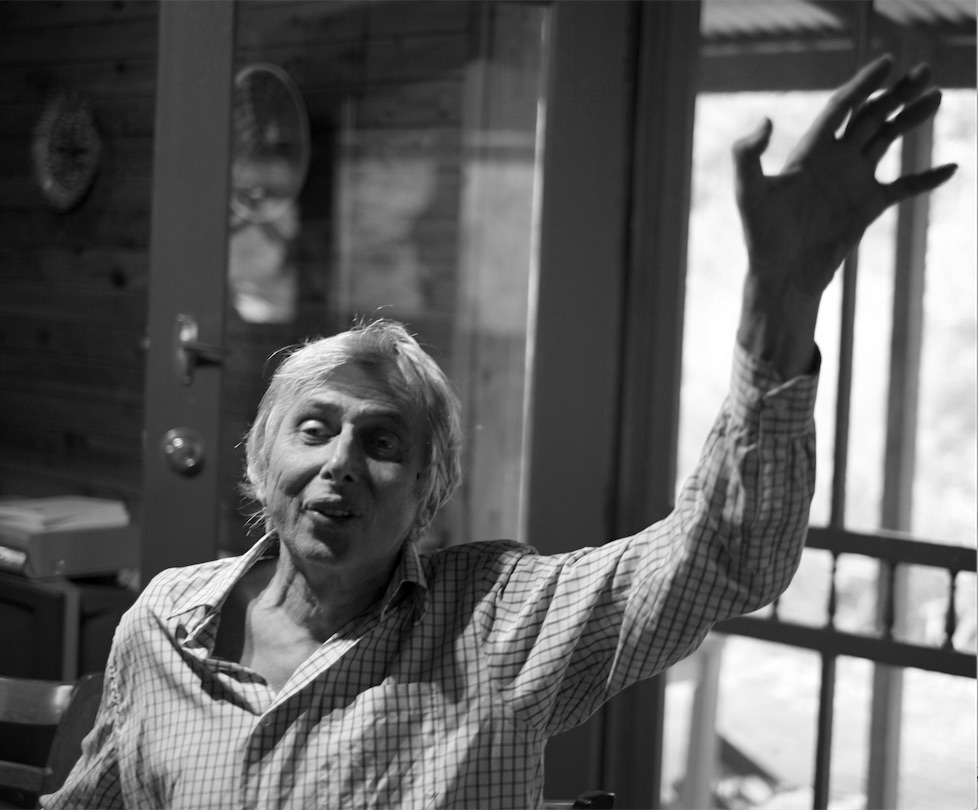 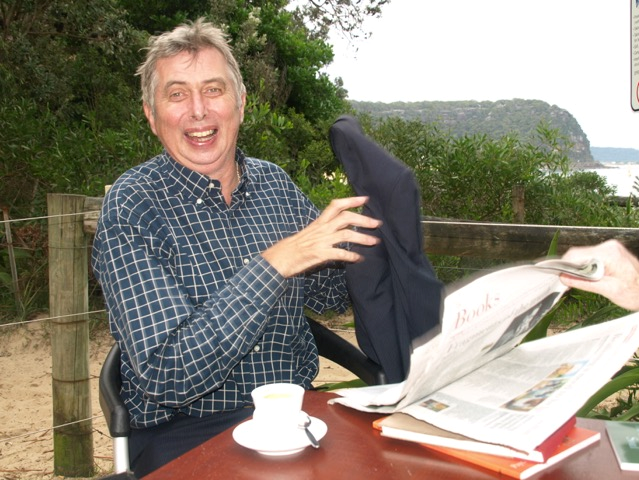 The first time I heard his voice on the phone, it was warm, centred, thoughtful … “Bob asked me for a manuscript and I happen to have one ready.” 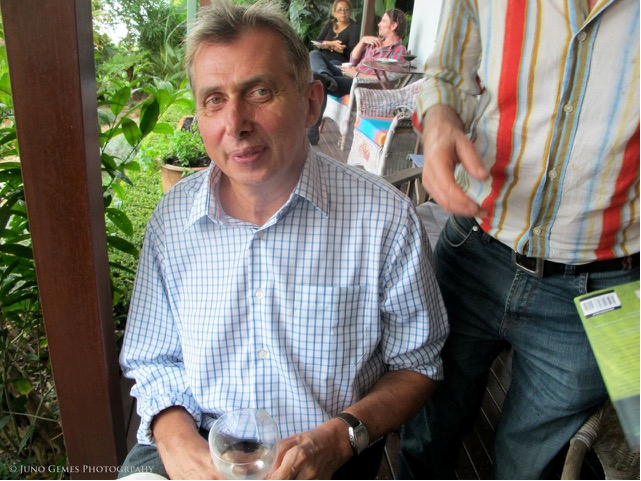 Martin Harrison at Wallangara Artists Lunch, at our home on the Hawkesbury River, January 2007

I think of Martin and my friendship as a continuous conversation ranging over the years. Here at our home on the Hawkesbury river, at his home Shantipur at Wollombi, in town, on the road, long discussions often over meals, as the light changed into the late afternoon, into the starry night.

Our conversations were vast journeys in themselves. Beyond the philosophic discussions were the personal ones. Always with meticulous attention, humour, care, compassion. 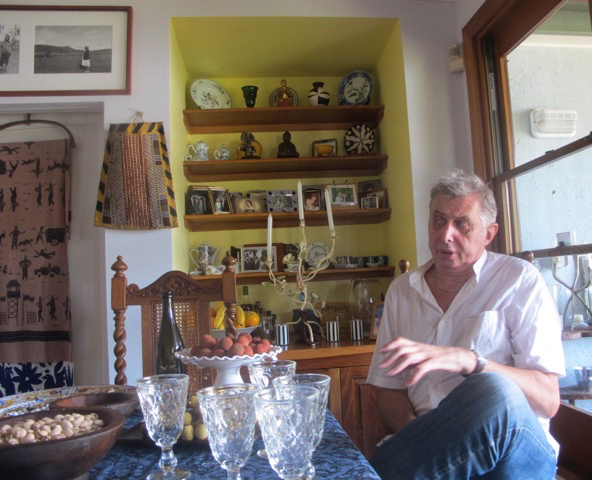 Bob and Martin talked poetics. Martin and I talked through ideas creative and personal. Complete trust and unrestrained curiosity were central to our friendship.

Also we loved to plot and plan: events for Writers’ Festivals and Poetry Festivals around the country. Then we would take pleasure in attending these events together, all three of us, on the road. What can we do to extend the culture—to mature it?

Martin became Paper Bark Press’s sounding board, our advisor during the most productive years of the Press.

Our lives in all moods, shades and difficulties, were open to each other’s reflection. 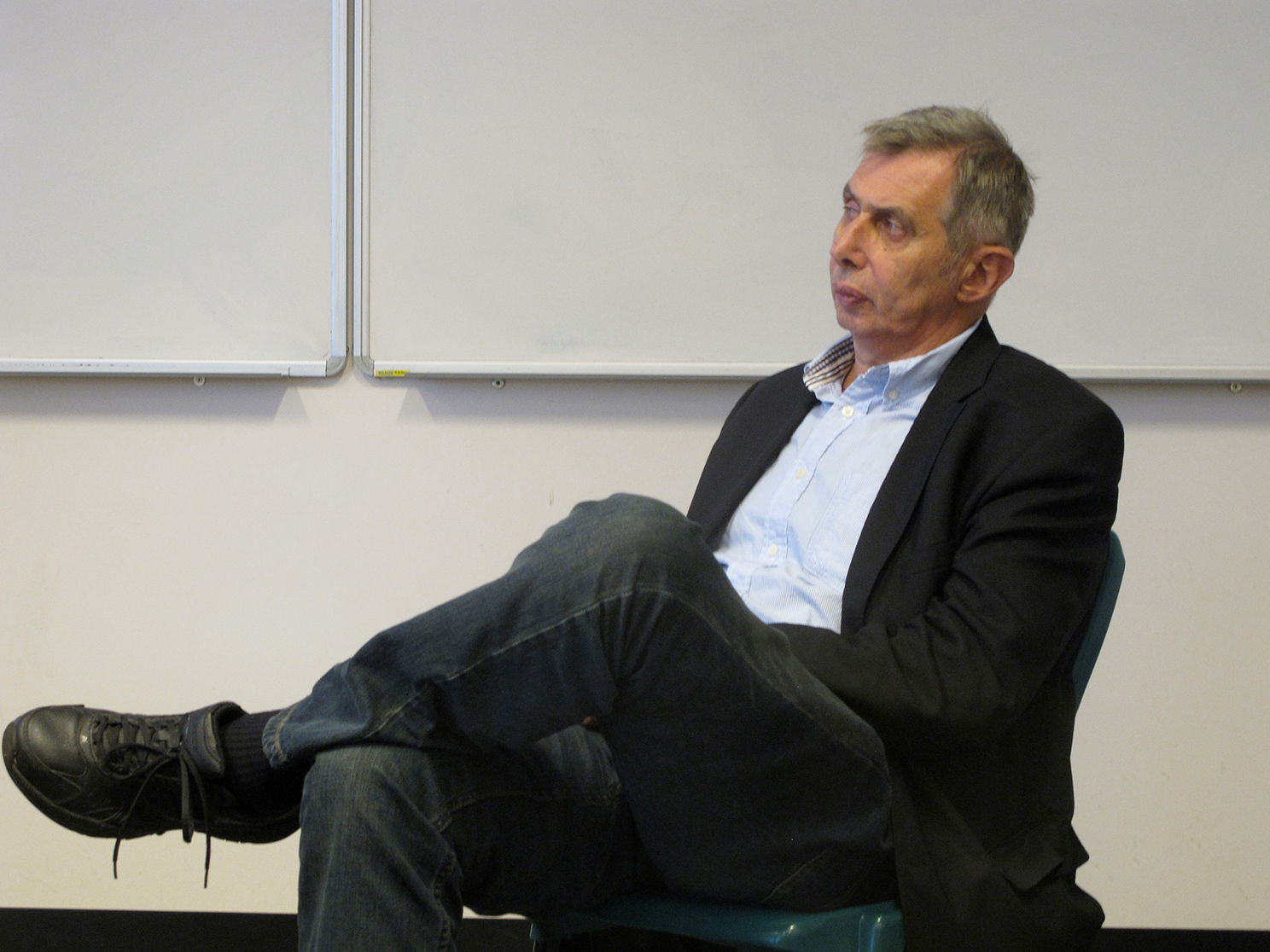 Martin Harrison listening to Robert Adamson read to his class at UTS, 2012

Martin Harrison exhibited a rare and profound engagement with sound from his early sound work days.

I have had few friends in my life who had Martin’s gift for listening and for hearing meticulously. His hearing revealed minutely observed detail of movement and mood in his own nature, or the nature of others.

Fellow poets knew him alive to every nuance. Martin’s listening was deep, uncluttered and open. It was never filled with “I”, but more spaciously and curiously about “you”.

Martin’s ability to hear others was a manifestation of his generosity. His desire to engage, encourage, question and to nurture both the artist and the culture. His canvas was vast.

This portrait was taken in his class at University of Technology Sydney (UTS) when Martin invited Robert Adamson CAL Chair for Poetry at UTS to read.

In the last two years, Bob and I would visit Martin at Shantipur, arriving with lunch in a basket, as movement became difficult for him.

During our last lunch at Shantipur I framed some images of Martin and Bob talking together. At a little distance, but still in the kitchen, I called out to him “Martin!” He turned to me with this spontaneous angelic wave.

I knew immediately what it meant. This gesture was not just for me. Just moments before he asked me to guess the title of his next book? “Happiness” he answered. We all chuckled in astonishment.

Such a brave yet perfect title “HAPPINESS”. Like Sam Becket’s “Endgame” I countered.

from an upcoming exhibition of word and image at the Macau Museum of Art, titled pictures of nothing at all