During the university teaching breaks in the winters of 1986–88, I undertook fieldwork in the Strzelecki Desert in South Australia just beyond the corner it shares with New South Wales and Queensland. I potted around in a Volkswagen beetle, its wings clipped to duck under trees and to scurry over sand. It was the means by which I positioned my large format camera and cumbersome tripod. The first trip followed extensive rainfall. The Corner Country had responded with surprising displays of plant and animal life. The other two trips were during successively drier periods and as a consequence kangaroos in particular were drawn to feed from the stock-free strips of land that framed the highways leading to my field location. I noticed a significant increase in macropod road kills. It weighed on my mind—a common prerequisite for consideration as subject matter for fine art.

In 1989 I was in the same territory as in the years before, this time with my family travelling in a sixties Valiant Safari station wagon. In its day it was an automotive sensation propelled by a trusty “slant-six” motor. Country mechanics would appear from the dark of their garage pits and pat its bonnet in the sunshine. Fellow Aboriginal travellers would wave from a distance thinking we must be kin. One of my resolutions for this trip was to act artistically on the road kill theme. My plan was to lie down somewhere in the course of the journey in empathy with, and next to, a kangaroo that had been killed on the road, in all probability, by a heavily loaded truck pushing the speed limit at night. With such momentum (mass x velocity), avoidance procedures at the moment of crisis were out of the question. Time to exercise my intention had all but expired. I had done nothing more than nurture the generic idea and we were heading south with a lust for home.

Last day, 50 kilometres from Dubbo on the Newell Highway, the kangaroo appeared. It was much like any other poor creature that had been knocked to death by a moving vehicle. It was the tableau that struck me. The kangaroo was lying at one end of a road sign that, given my preoccupation, appeared as a crude beam balance—the one used to mete out justice. Although I did not realise it at the time the road sign was mounted upside down. A rare mistake but it was essential for the construction of my concept. Twinning above the fulcrum were more signs to Parkes (“A well healed town”, I thought, “landed gentry”) and to Dubbo (thinking “More bare foot; the dispossessed are rallying”). The kangaroo was at the appropriate end of the sign. The inclusion of a privileged, lily-white body like mine at the other end of the beam would complete the pictorial script.

Processing these thoughts took place over a distance of about 4 kilometres. Add a few more to consolidate the work as a performance involving a temporal span to be measured by passing vehicles. The drivers and their passengers would be my primary viewers. I would photographically document the work. A few more kilometres, please, to deal with my reluctance to slow down, stop, step outside into a cold and wet day, take off my clothes and lie down on the side of a highway. This reticence was overcome with the help of a physiological test. It kicks in automatically at the thought of doing a performance artwork. Has my pulse rate quickened? Have I begun to sweat? Are there butterflies in my stomach? Accepting of impromptu variations to travel schedules, my family was easily persuaded that we should turn around and drive back to the sign.

I decided on 25 passing vehicles as the definitive number before I took my position for the work. Had I postponed the decision to some point during its execution it would have been much less. Most of the vehicles were trucks roaring past incapable of responding, I suspect, to a fleeting prospect of crisis. Not one stopped or varied speed—a testament I think to the ease at which we can differentiate between art and life. My body displayed no external signs of trauma. It was aesthetically composed.

For me, the work addresses our high-energy, high-speed careless life style and reasserts the proposition that our fate is bound to the fate of other life around us. The photographic documentation of Performance for 25 Passing Vehicles has had its moment of fame as the hottest selling postcard from the Dubbo Regional Gallery (where the original print resides). Subject to the messages of my own work, each time I see a reproduction of this image I renew my commitment to a night-time curfew for driving in wildlife territory. Despite this I am guilty of killing animals in the course of my personal transportation. I need a new ethical testament on this important matter. 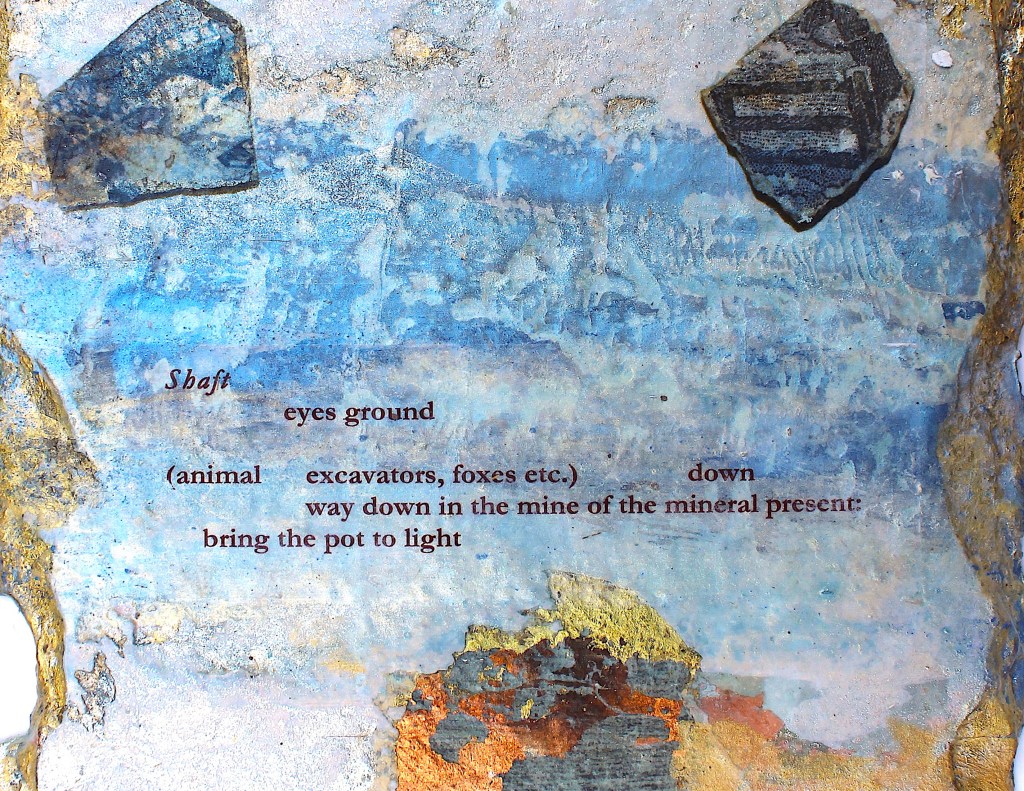 In the Open: collaborative artworks around place, landscape and environment