Naming the Ruins by Dinah Roma

In Naming the Ruins, Dinah Roma’s poetry appears to intone as if emerging from a deep well of consciousness, as a kind of universal bell ringing out and bearing witness to emotion, emotion which is paradoxically fleeting in nature but timeless in effect. The voice emerges both from within and without of the poet, and it is this dichotomy which gives the sense of a voice for and from all time. Love, death, disaster are subjects for all time, but they delicately rest on their consequence, which is a sense of tender, imminent pain. Loss hovers between its particularity and the universal applicability of the original impetus. In the poised and detailed scoring of emotion as narrative, the poetry of Rilke can be seen as a possible connecting thread, as a counterpoint.

The collection is divided into four sections. In the first, the relatively short “The Wayside of Love”, the reader is introduced to the theme of love’s loss, both personal and spiritual. In “The Famine”, the employment of the trope of the journey propels the emotion as narrative strategy identified above. The skillful use of I and they in the poem has the expansive effect of including the subjectivity of the experience with an empathetic objectification into the world:

If I had gone deep

into the winter of their hope

where they walked past

the body’s will, his step

warming each track for her,

the trees arching over

The second section, “Mercies of Camouflage”, begins with a journey over water. In “Ferry Crossing”, water is not so much employed as aesthetic affect, but as an almost subterranean and unnavigable compulsion, expressing water as a kind of elemental force taking the body on a passage over its surface. It is as if to know nature is to know oneself, in the experience/sensation of its singular quality:

Whatever rest comes to me now

Is simply to know water.

The way it holds the earth

Calm in its surface, its slow time

Drifting as the heart does

In search of its own depth.

Dark swells from underneath

As tides surge for exodus, when arteries

A personal favourite in this section is “The Naked Imperative”, in which Roma’s evocative skills are at their most breathtaking. Here, the personification of dawn, of dawn as process, reveals itself through painterly effects:

How must time honor her?

The spectrum of tint,

the daub of hues layering

her skin many times over

to get to its life – ivory and umber,

the bond of sun and shade fleshing her,

the rinse of black toning

In this evocation of dawn’s fleeting nature, we have a sense of thought attached, of dwelling with touch, or sensation.

The poems in “Mercies of Camouflage” are in effect a probing of mercilessness, but scored within what beauty can bring to the image. In “Rehearsing the Sacraments”, Roma makes much of the beauty of the bride’s emblematic fragility:

I’ve seen her this way, lovely

out in the sun. Yet why do I shudder

over what can save her

and in “Leaf, As Love Poem” poetry is written as breath, with love and leaf falling together, a process born out of the earth:

past what it is able to bear of sap

the intricacies of root and blossom

as it breathes into the world

In Naming the Ruins, Dinah Roma displays the sensibility of a poet celebrating the rich voice of the fragmentary experience and its connection to nature’s Heraclitean flow. The fragmentary is taken up, cared for, graced with language and given its proper weight. In Section 3, “Of Mortal Grasp”, this technique encompasses the fragmentary as cosmic tragedy as in “The First Four”, an elegy for the victims of Haiyan:

… The sun will shine on them as

everything else begins to move. Away from the

chaos, detritus. Back to life. Yet they shall remain,

even if buried, tallied. Unto themselves, they

remain. In gestures that forever teach us we are

The ambiguities of mortality, their expression into something made, can be seen in a poem dedicated to the blind weavers of Samar, “Paraglara”. The poet connects the weavers’ thread to the image of water and light, and by extension to her own verse:

What their fingers intimate

I feign in the meters of these lines,

the chronicles of the island

I was torn away from –

my root and heritage,

my mother’s past and escape,

of her elders’ dream and despair –

that its unforgiving blue seas

mirror past the empty skies,

and which I capture by this light

freer as it moves through air

and water, bathing in colors

In the final section of the collection, “The Gift Beyond”, the poetry becomes a pilgrimage to the site of art, where the fragmentary, the emotion, the being of the world is expressed (and given form) in art, whether it be through the elements of stone, or of sand. Within (and in fact defining this pilgrimage) is a celebration of love expressed in the exquisite “Reminiscing Rumi”:

Come to me. Come to me mystical.

Reveal me beyond my own phraseology.

“Into the Plains of Bagan” meditates upon the appearance of form and its dissolution, with “Sandpainting the Dewi” being a fine example:

I asked of his techniques,

in which the deity’s glory is hailed

“At 3 a.m.” recalls “The Naked Imperative” in that the time of day renders a shadowy aporia between seen and unseen:

To arrive at this hour forsakes the wandering self.

Time to mistrust maps, and leave earth to its dark

sprawl. Its colors will not guide. Blind to the barren

While expressing the shadowy world of pre-dawn, the poem also suggests a slowly forming crystallization of the image and its imminence. But it is the final verse in the collection seen in “Tak Bat" that encapsulates the world of the book, where a daily activity is captured, restored to eternity, rather like an ancient Greek vase, as the fragmentary of Any Time:

And it used to be that where they saw the sky

lit to half, there they stood and found no hurry

for the next journey or end, still into the morning chill

It is indeed this measured tone, this careful phrasing of the valuable that has found the poet to be located and revealed in a realm “beyond [her] own phraseology”.

married to this ground 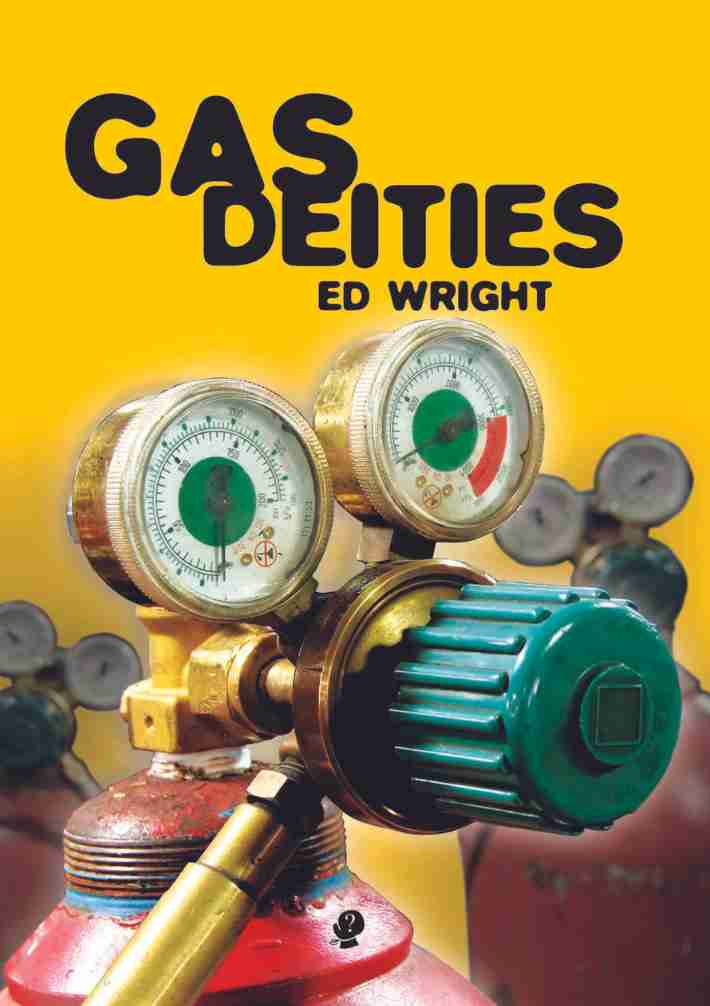