Broken Ground is a moving and tender paean for the universe; a soulful perambulation through memory’s timespaces. In Whitmanesque moments, Steve Armstrong celebrates the unique and often unsettling experiences that accompany contemporary peripeteia. Indeed, the uncanny and unfamiliar are embedded moments of self-absorption and forgetting in Armstrong’s first collection, foregrounding textured explorations of self-realisation and the ecological self.

The title, Broken Ground, is exceedingly clever in its multiple evocations and connotations. While ‘broken ground’ may refer to ruptured terrain as in Edgar Rice Burroughs, ‘There was nothing but rough, broken ground …’, it also references violence and human control in the way ground is broken for building or construction and in the way the term is a synonym for pioneering, which has associations with colonisation. But breaking ground can also be about new approaches and about reconciliation. These interpretations are foregrounded in the relationship between reality and divinity that pervades the work.

Steve Armstrong is an award-winning poet, and prior to this collection, perhaps best known for winning the 2015 Bruce Dawe National Poetry Prize with the poem, ‘A Cracked and Weathered Prayer’, which he famously stated was ten years in the making. Armstrong’s measured approach to the composition and publication of his poetry creates a slow burn in his poems, where time is impossibly elastic and memory is strong but often unreliable. His poems chart life’s most transformative experiences while simultaneously grieving the loss and spontaneity of youth. This is evident from the five section headings: ‘Substrate’, ‘Divination’, ‘One Thing’, ‘Still Life’ and ‘Giving What You Can’ where tenacity, patience and maturity are necessary to contextualise and ultimately celebrate lived experience. Importantly, in the face of transience, Armstrong’s poetry demonstrates that faith endures.

The epigraphs also form a vital part of this book. Indeed, lines from Matthew Dickman’s poem ‘Walking the Dogs’ sets the tone for the book and emphasizes that god is both present and absent: ‘all right, the thing that / is not God whispers to me … ’. In difficult times, memory can be a salve and close and quiet observation of the world is often restorative. Furthermore, there are two quotes from Seamus Heaney’s Nobel Prize Lecture from 1995 and others by Mark Tredinnick (one of Armstrong’s mentors), Nicolas Rothwell, C. Milosz, Rilke, Barry Lopez and Yuin Elder Uncle Max Dulumunmun Harrison, lending many of Armstrong’s poems a rich intertextuality. Most of the quotations refer to some kind of ordering principle; of trying to make sense of time passing. Significantly, walking and observation are two of the significant ways this happens in these poems. Whether in ‘Christmas Morning Walking Alone’, where ‘a thousand tiny globes, barely / lit save this overcast day’, or  in ‘Notations on a Spring Day’ where the narrator has ‘already … / walked the length of the beach, and body- / surfed the waves’ or in the command to ‘Set out alone at first light’ in ‘Dawn in the West McDonnell Ranges’, walking connects the inner and outer worlds and is where ecology and spirit meet. It can be urban walking in a Baudelairean sense or the steps of the non-Indigenous bushwalker.

In ‘Morning Walk to Aldi and Back’, Armstrong explores urban walking and a new breed of flaneurism. With the note that this poem is ‘after Arun Kolatkar’s Jejuri’, this poem responds to the traveller’s pilgrimage; seeing things both spiritual and commercial. The quotidian element of walking to and from the supermarket is both familiar and humorous but, more importantly, creates a poignant reflection on routine. Here, the flaneur has an aim but is still absorbed in the sense of place; he is less of a drifter and more of a connected observer. Most importantly, the flaneur maps the city’s terrain and notes its intimacies:

Doves on a wire. A line of parked cars in the street, and the birds don’t miss. Magnolia glossy-green; Robinia turning yellow in the heat … … No shirt and stubbies. Elbows propped and gut slung behind a concrete fence. He lights a smoke … … … Daughter and grand-kids strapped in the new 4WD. A fine blue network of varicose veins.

In this poem, the emphasis is on the line. There is a line of birds on a wire, a line of parked cars, a fence and a ‘network of varicose veins’ in addition to the poem’s lineation and enjambments. This demonstrates the way everything is connected to everything else, illustrating Barry Commoner’s four 'laws of ecology'. Doves sitting high above the street are initially serene. However, their superior position on the wire is humorously undercut by the emphasis on them dropping faeces on the cars below them: ‘they don’t miss’. Furthermore, the recognisable stereotype of the overweight Australian with ‘no short and stubbies … gut slung … ’ is in equal parts comic and sad. In this way, the urban flaneur juxtaposes often duelling sentiments to create unexpected and memorable moments. The joy in living is most obviously evident in the beauty of the ‘Magnolia glossy-green; … Robinia turning yellow’ and the season’s cycles, but Armstrong reminds us that the most affecting is the ‘daughter / and grand-kids’. Even as they are ‘strapped into the new’ and vulgar ‘4WD’, we are reminded that children are the lifeblood of continuity.

‘Still Life’ is an aubade that incorporates the ordinary within extraordinary. As the narrator wakes and is becoming aware of his surroundings, a ‘long-running soap’ impinges on his senses and it is at this juncture he identifies as ‘a more discerning viewer’ and, in this regard, superior to his friends. While this could be interpreted as hubristic, the second stanza demonstrates the narrator’s intense gift for observation and connection to the environment. The poem seems to float on the page; using movement to interrogate the idea of ‘Still Life’ in an active environment. The play on the term ‘Still Life’ and the suggestion that it is oxymoronic emphasises the way art pins down the living in one still moment, while poetry sets it free:

of magpies call down

the rain with the song; they climb and swoop,

on and off the beat

heart. The rain sounds on the metal roof,

makes a resonant humming in my bones.

On the screen behind my eyes,

there’s a black and white print: A dead bird

Here, the poet revives the environment in an appeal to rhythm, imagery and form; even a dead bird is part of a rich, active ecology.

My favourite poem in this collection is ‘One Thing that Matters’ for its joyful evocation of a threshold. Armstrong has attempted a range of different kinds of poetic prose in Broken Ground but not all of them are as successful as this one. Indeed, ‘Next’ is a short story that doesn’t really belong in this collection. It feels cluttered and heavy where the lightness of touch in many of the other poems soar. In ‘One Thing That Matters’, the sense of becoming is thrilling as the prose leaps from ‘the crunch of white river pebbles under the car’ to ‘a drop of water, a full and glistening curve hanging perfectly at the tip of a frangipani leaf’. Scattered through the narrative are more ominous and humorous moments, including the lines ‘something is dying, and dying hard’ and ‘A reliable erection is a fantasy’. The poem ends with the haunting image of the boy ‘scooping up as many fish as he can hold in his arms’ and his desire to know them and, by extension, himself:

A boy of twelve running down a beach in California, where perfect slender bodies cover the sand. It’s not the naked beach goers of Bolinas who take his breath away—iridescent, fresh from the cold Humboldt current—it’s fish. A bay brimming with anchovies; a super-shoal migrating south. They don’t fight as they founder; it’s terrible to watch and at once irresistible. The boy runs the length of the darkened sand, and scoops up as many fish as he can hold in his arms. He wants to do something in recognition of their impossible number; and to know their still flashing and silvered beauty. Or maybe he’ll just bite off their heads.

Armstrong’s Broken Ground is full of exquisite moments expressed as contemporary Wordsworthian spot of times or Whitmanesque transcendentalism. Poems are arresting vignettes that turn on the meeting of the quotidian with the sublime; the monotonous with the exhilarating. In his glorious exploration of deep ecology and self-realisation Armstrong reminds us to ‘shut down the laptop’ and go walking, to ‘vivify … childhood’s unspoken blues’; to travel in an arc that’s / time—'. 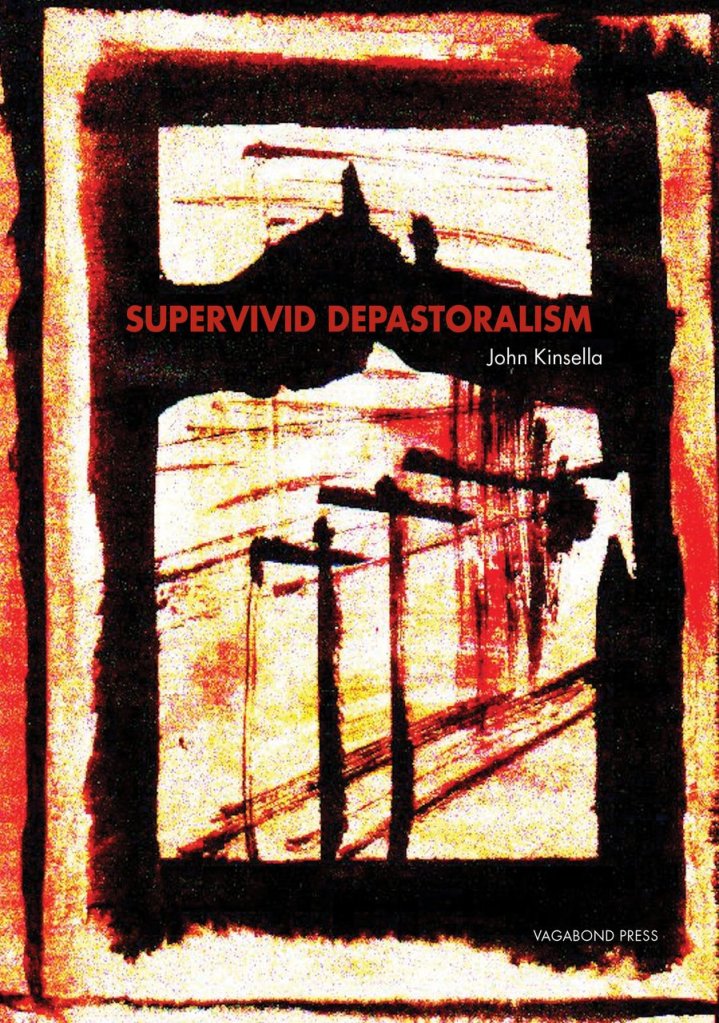 The Bones of My Grandfather